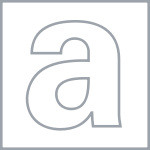 The A Level logo

The General Certificate of Education Advanced Level (short form: GCE Advanced Level), or more commonly, the A Level, is a school leaving qualification offered by educational bodies in the United Kingdom and the British Crown dependencies to students completing secondary or pre-university education. A number of countries, including Singapore, Kenya, Mauritius and Zimbabwe have developed qualifications with the same name as and a similar format to the British A Levels. Obtaining A Level or equivalent qualifications is generally required for university entrance.

A Levels are generally worked towards over two years and split into two parts, with one part studied in each year. The first part is known as the Advanced Subsidiary Level, A1 Level or AS Level (the AS Level acronym was previously used for the separate Advanced Supplementary Level qualification). The second part is known as the A2 Level and is more in depth and academically rigorous than the A1 Level. The AS Level is a qualification in its own right, and the AS Level combined with the A2 Level forms the complete A Level qualification. Up to June 2009 a third Special / Advanced Extension Award level was available for the brightest candidates.

A Levels are the secondary school leaving qualification offered in England, Wales, and Northern Ireland. These are not compulsory, unlike GCSEs. In Scotland, A Levels are also offered by selected schools as an alternative school-leaving qualification in place of the Scottish Advanced Higher. The five main examination boards which administer British A Levels in the UK are:

Edexcel and Cambridge International Examinations (CIE) also offer international versions of the British A Levels in the United Kingdom and worldwide.

In Nepal, Cambridge International Examinations (CIE) GCE Advanced Level qualifications are offered by some of the private, public and international schools as an alternative to the Higher Secondary Education Board (HSEB) +2. A-level has become a popular choice for a number of students in Nepal.it has great future in A-level

A-levels offered in Pakistan by non-governmental, private institutions, along with International Baccalaureate and other international examinations. Examinations are handled by international British boards and the program is equivalent to Higher Secondary School Certificate. Academies are established all around the country which prepare the students to take the examinations as a private candidate.

In Singapore, H1/H2/H3 level qualifications are awarded upon successful completion of examinations jointly administered by Singapore Ministry of Education (MOE), Singapore Examinations and Assessment Board (SEAB) and the University of Cambridge Local Examinations Syndicate (UCLES).

In Sri Lanka, A Level is offered by governmental and non governmental schools. The qualifications are awarded upon successful completion of examinations called Local A Levels while most of the private schools award them upon London A Levels. Local GCE Advanced Level qualification is offered by the Department of Examinations. Passing A Levels is the major requirement for applying local universities.

In Hong Kong, the British A Level was once accused of grade inflation many years ago, and thus over time both the GCE A Level (GCEAL) and HKAL have become more strictly graded, as shown by NARIC research.[5] Compared to the usual 25–30% rate of achieving an A-grade in the UK AS/A2, there could be statistically fewer than 0.05% candidates scoring an "A" in a single examination in the Hong Kong Advanced Supplementary Level Examination and less than 1% rate of achieving an A-grade every year in an A Level subject.[6] However, this comparison is seen by many[by whom?] as being meaningless and misleading because in the first place, grade A is not the top distinction level and so comparing the second best grade in the GCE A Level to the top grade in HKAL is not very useful and objective. Moreover, it is important to note that because of the significantly different measurement methodologies, these examinations are not directly comparable in terms of the skills and knowledge demonstrated at each grade and that distinction rates alone cannot serve as a fair indicator of one's absolute academic performance. In that NARIC research, only the cumulative percentages were taken into account to reach the huge generalisations, on the very unsafe assumption that two scales are exactly identical and standardised. The wide recognition for both qualifications in many local universities and companies all attests to this. For example, many prestigious overseas universities regard the HK qualifications (HKCEE and HKALE) as being equivalent to the UK ones (IGCSE and GCEAL) on a grade-by-grade basis.