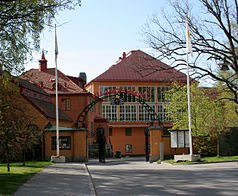 It produced most of the films made by Ingmar Bergman, as well as a long list of films by other Swedish filmmakers. The majority of film adaptations of the works by children's author Astrid Lindgren have been produced by SF.