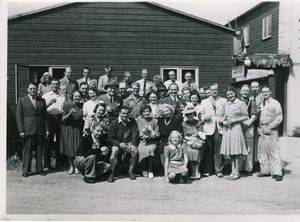 ASA Filmudlejning was a noted Danish film studio founded in 1936 and based in Hellerup, Copenhagen. It produced approximately 90 films between 1936 and 1988 although the bulk of its production was in the 1940s and 1950s. During this period, among its most notable directors were Lau Lauritzen and Alice O'Fredericks. The writer Morten Korch used the studio to turn his books into the family film Far til fire series.

Among the most prolific producers working for ASA were John Olsen and Henning Karmark.