Abram Stevens Hewitt (July 31, 1822 – January 18, 1903) was an American teacher, lawyer, an iron manufacturer, chairman of the Democratic National Committee from 1876 to 1877, U.S. Congressman, and a reforming mayor of New York City. He was the son-in-law of Peter Cooper (1791–1883), an industrialist, inventor and philanthropist. He is best known for his work with the Cooper Union, which he aided Peter Cooper in founding in 1859, and for planning the financing and construction of the first subway line of the New York City Subway, for which he is considered the "Father of the New York City Subway System".

Hewitt was born in Haverstraw, New York. His mother, Ann Gurnee, was of French Huguenot descent, while his father, John Hewitt, was from Staffordshire in England and had emigrated to the U.S. in 1796 to work on a steam engine to power the water plant in Philadelphia.

Hewitt worked his way through and graduated from Columbia College in 1842. He taught mathematics at the school, and became a lawyer several years later.

From 1843 to 1844, Hewitt traveled to Europe with his student, Edward Cooper, the son of industrialist entrepreneur Peter Cooper, and another future New York City mayor. During their return voyage, the pair were shipwrecked together. After this, Hewitt became "virtually a member of the Cooper family", and in 1855 married Edward's sister, Sarah Amelia.[1][2]

In 1845, financed by Peter Cooper, Hewitt and Edward Cooper started an iron mill in Trenton, New Jersey, the Trenton Iron Company, where, in 1854, they produced the first structural wrought iron beams, as well as developing other innovative products. Hewitt's younger brother, Charles Hewitt was a manager at the iron mill. Hewitt also invested in other companies, in many case serving on their boards.[3] Hewitt was known for dedicated work for the U.S. government and exceptionally good relations with his employees.[citation needed]

After his marriage to Sarah Cooper, Hewitt supervised the construction of Cooper Union, Peter Cooper's free educational institution, and chaired the board of trustees until 1903.[3] 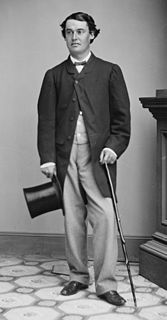 In 1871, inspired by reformer Samuel J. Tilden, Cooper was prominent in the campaign to bring about the fall of the corrupt Tammany Hall-based "Tweed Ring", led by the William M. Tweed, and helped reorganize the Democratic Party in New York, which Tweed and Tammany had controlled. He first ventured into elective politics in 1874, when he won a seat in the U.S. House of Representatives, where he served two terms, March 4, 1875, to March 3, 1879. He also became the head of the Democratic National Committee in 1876, when Tilden ran for President.[3] He served in the U.S. House again from March 4, 1881, to December 30, 1886.[citation needed]

Hewitt's most famous speech was made at the opening of the Brooklyn Bridge between Manhattan and Brooklyn in 1883.[4]

In the 1886 New York City mayoral election, Hewitt was elected mayor[5] of New York City when Richard Croker of Tammany Hall—which had resumed its control of the Democratic Party in the city—arranged for Hewitt to get the Democratic nomination, despite his being the leader of the anti-Tammany "Swallowtails" of the party: Croker needed a strong candidate to oppose the United Labor Party candidate, political economist Henry George. Tammany feared that a win by George might reorganize politics in the city along class lines, rather than along ethnic lines, which is where Tammany drew its power. Theodore Roosevelt, running as the Republican Party candidate, came in third. Hewitt was not successful as a mayor, due both to his unpleasant character and nativist beliefs: he refused, for instance, to review the St. Patrick's Day Parade, a decision that alienated most of the Democratic power base. Hewitt also refused to allow Tammany the control of patronage they wanted,[3] and Croker saw to it that Hewittt was not nominated for a second term.[6]

Hewitt was considered a consistent defender of sound money practices (he is famously quoted as saying "Unnecessary taxation is unjust taxation") and civil service reform. He was conspicuous for his public spirit, and developed an innovative funding and construction plan for the New York City Subway system, for which he is known as the "father of the New York City subway system".[citation needed]

Hewitt had many investments in natural resources, including considerable holdings in West Virginia, where William Nelson Page (1854–1932) was one of his managers. He was also an associate of Henry Huttleston Rogers (1840–1909), a financier and industrialist who was a key man in the Standard Oil Trust, and a major developer of natural resources. One of Hewitt's investments handled by Rogers and Page was the Loup Creek Estate in Fayette County, West Virginia. The Deepwater Railway was a subsidiary initially formed by the Loup Creek investors to ship bituminous coal from coal mines on their land a short distance to the main line of the Chesapeake and Ohio Railway (C&O) along the Kanawha River. After rate disputes, the tiny short line railroad was eventually expanded to extend all the way into Virginia and across that state to a new coal pier at Sewell's Point on Hampton Roads. Planned secretly right under the noses of the large railroads, it was renamed the Virginian Railway, and was also known as the "richest little railroad in the world" for much of the 20th century.[citation needed]

In 1890, Abram partnered with Edward Cooper and Hamilton M. Twombly in forming the American Sulphur Company. That company then entered into a 50/50 agreement with Herman Frasch and his partners to form the Union Sulphur Company[7]

As a philanthropist, Hewitt was especially interested in education. Columbia University gave him the degree of LL.D. in 1887, and he was the president of its alumni association in 1883, and a trustee from 1901 until his death. In 1876 he was elected president of the American Institute of Mining Engineers, and was a founder and trustee of the Carnegie Institution. He was also a trustee of Barnard College and of the American Museum of Natural History.[4]

Abram Hewitt died at his New York City home on January 18, 1903, and was interred at Green-Wood Cemetery. His last words, after he took his oxygen tube from his mouth, were "And now, I am officially dead."

Hewitt's daughters, Amy, Eleanor, and Sarah Hewitt, built an astonishing decorative arts collection that was for years exhibited at the Cooper Union and later became the core collection of the Cooper-Hewitt National Design Museum. His son, Peter Cooper Hewitt (1861–1921), was a successful inventor, while another son, Edward Ringwood Hewitt (1866–1957), was also an inventor, a chemist and an early expert on fly-fishing. He published Telling on the Trout, among other books.

Hewitt's youngest son, Erskine Hewitt (1871–1938), was a lawyer and philanthropist in New York City. He donated Ringwood Manor to the State of New Jersey in 1936.[citation needed] On February 18, 1909, Erskine Hewitt was named a director of the newly formed National Reserve Bank of the City of New York.[8] On March 2, 1909, Hewitt was elected chairman.[9] 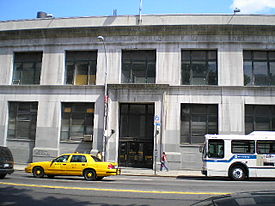 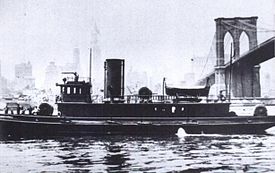