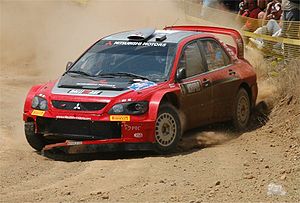 Harri Rovanperä with a Mitsubishi Lancer WRC05 at the 2005 event.

The Acropolis Rally of Greece (Greek: Ράλλυ Ακρόπολις) is a rally competition, part of the European Rally Championship schedule. The rally is held on very dusty, rough and rocky mountain roads around Athens during the Greek hot summer period. The rally is known for being extremely tough on the competing cars and drivers. The highlight of the rally is the super special stage (SSS). In 2005, it was announced the Rally of the Year.

The Acropolis Rally has been held for 51 years by the Greek motorsports organization Automobile and Touring Club of Greece (ELPA), making it one of the longest-standing in world rallying. Many famous rallying individuals have won this event including Walter Röhrl, Björn Waldegård, Ari Vatanen, Stig Blomqvist, Juha Kankkunen, Carlos Sainz and Colin McRae, among others. Due to the nature of the rally, with a mix of rough, twisty mountain stages and coupled with blistering heat and choking dust, the Acropolis Rally is one of the toughest on the world rally circuit. Cars that are used in this race have to be built with extra sturdiness in order to cope with the fast but rock-strewn stages. Drivers and co-drivers also have to contend with the pounding terrain and high summer temperatures which often reach 50°C within the cockpit. 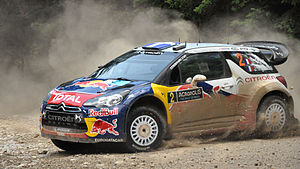 Sébastien Ogier driving a Citroën DS3 WRC at the 2011 event. 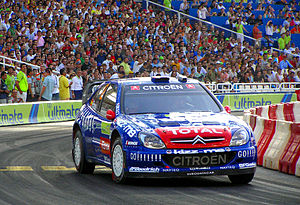 Xavier Pons with a Citroën Xsara WRC at the 2006 event. 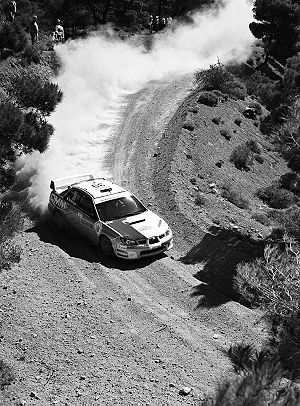 Number of victories per driver (WRC only)