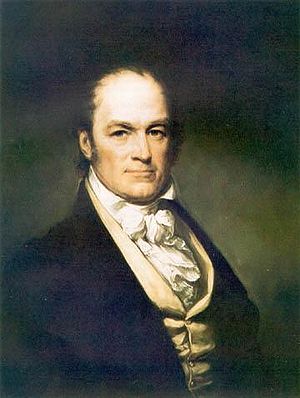 William Crawford became the first person to be next in line to the presidency after a vice presidential vacancy.

Acting Vice President of the United States is an unofficial designation that has occasionally been used when the office of vice president was vacant.[1][2][3]

Nonetheless, James Eastland, senator from Mississippi, was referred to as "acting vice president" twice while he was president pro tempore in the 1970s, during periods of a vacancy in the vice presidency.[4] The first occurred following the resignation of Vice President Spiro Agnew, prior to the appointment of Gerald Ford to replace him, and the second occurred when Ford became president, vacating the vice presidency, before Nelson Rockefeller was confirmed as his replacement. During both these periods, however, Speaker of the House Carl Albert was first in the line of succession to the presidency under the Presidential Succession Act of 1947, ahead of Eastland.

In 1964, presidential advisor Richard Neustadt, proposed the creation of a statutory office of acting vice president in hearings before the Subcommittee on Constitutional Amendments of the Senate Judiciary Committee.[5] The proposal was never adopted.