Adam Weishaupt was born on 6 February 1748 in Ingolstadt[1][5] in the Electorate of Bavaria. Weishaupt's father Johann Georg Weishaupt (1717–1753) died[5] when Adam was five years old. After his father's death he came under the tutelage of his godfather Johann Adam Freiherr von Ickstatt[6] who, like his father, was a professor of law at the University of Ingolstadt.[7] Ickstatt was a proponent of the philosophy of Christian Wolff and of the Enlightenment,[8] and he influenced the young Weishaupt with his rationalism. Weishaupt began his formal education at age seven[1] at a Jesuit school. He later enrolled at the University of Ingolstadt and graduated in 1768[9] at age 20 with a doctorate of law.[10] In 1772[11] he became a professor of law. The following year he married Afra Sausenhofer[12] of Eichstätt.

After Pope Clement XIV’s suppression of the Society of Jesus in 1773, Weishaupt became a professor of canon law,[13] a position that was held exclusively by the Jesuits until that time. In 1775 Weishaupt was introduced[14] to the empirical philosophy of Johann Georg Heinrich Feder[15] of the University of Göttingen. Both Feder and Weishaupt would later become opponents of Kantian idealism.[16]

Founder of the Illuminati

At a time, however, when there was no end of making game of and abusing secret societies, I planned to make use of this human foible for a real and worthy goal, for the benefit of people. I wished to do what the heads of the ecclesiastical and secular authorities ought to have done by virtue of their offices ...[17]

On May day 1776 Johann Adam Weishaupt founded the "Illuminati" in the Electorate of Bavaria. He adopted the name of "Brother Spartacus" within the order. Even Encyclopedia references vary on the goal of the order, such as New Advent saying the Order was not egalitarian or democratic internally, and sought to promote the doctrines of equality and freedom throughout society;[18] while others like Collier's have said the aim was to combat religion and foster rationalism in its place.[19]

The actual character of the society was an elaborate network of spies and counter-spies. Each isolated cell of initiates reported to a superior, whom they did not know: a party structure that was effectively adopted by some later groups.[18]

Weishaupt was initiated into the Masonic Lodge "Theodor zum guten Rath", at Munich in 1777. His project of "illumination, enlightening the understanding by the sun of reason, which will dispel the clouds of superstition and of prejudice" was an unwelcome reform.[18] He used Freemasonry to recruit for his own quasi-masonic society, with the goal of "perfecting human nature" through re-education to achieve a communal state with nature, freed of government and organized religion. Presenting their own system as pure masonry, Weishaupt and Adolph Freiherr Knigge, who organised his ritual structure, greatly expanded the secret organisation.[18]

Contrary to Immanuel Kant's famous dictum that Enlightenment (and Weishaupt's Order was in some respects an expression of the Enlightenment Movement) was the passage by man out of his 'self-imposed immaturity' through daring to 'make use of his own reason, without the guidance of another,' Weishaupt's Order of Illuminati prescribed in great detail everything which the members had obediently to read and think, so that Dr. Wolfgang Riedel has commented that this approach to illumination or enlightenment constituted a degradation and twisting of the Kantian principle of Enlightenment.[20] Riedel writes: 'The independence of thought and judgement required by Kant ... was specifically prevented by the Order of the Illuminati's rules and regulations. Enlightenment takes place here, if it takes place at all, precisely under the direction of another, namely under that of the "Superiors" [of the Order].[21]

Weishaupt's radical rationalism and vocabulary was not likely to succeed. Writings that were intercepted in 1784 were interpreted as seditious, and the Society was banned by the government of Karl Theodor, Elector of Bavaria, in 1784. Weishaupt lost his position at the University of Ingolstadt and fled Bavaria.[18]

He received the assistance of Duke Ernest II of Saxe-Gotha-Altenburg (1745–1804), and lived in Gotha writing a series of works on illuminism, including A Complete History of the Persecutions of the Illuminati in Bavaria (1785), A Picture of Illuminism (1786), An Apology for the Illuminati (1786), and An Improved System of Illuminism (1787). Adam Weishaupt died in Gotha on 18 November 1830.[1][2][3][4] He was survived by his second wife, Anna Maria (née Sausenhofer), and his children Nanette, Charlotte, Ernst, Karl, Eduard, and Alfred.[2] Weishaupt was buried next to his son Wilhelm who preceded him in death in 1802.

After Weishaupt's Order of Illuminati was banned and its members dispersed, it left behind no enduring traces of an influence, not even on its own erstwhile members, who went on in the future to develop in quite different directions.[22]

Assessment of character and intentions 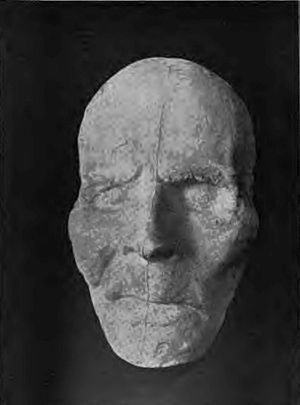 Weishaupt's character and intentions have been variously assessed: from those such as the Abbé Barruel and John Robison who regarded him as a 'human devil' and saw his mission as one of malevolent destructiveness, to those who view him as a humane and benign, albeit wilful, social reformer. Writing on this topic, Dr. Tony Page comments:

"Weishaupt’s plan was to educate Illuminati followers in the highest levels of humanity and morality (basing his teachings on the supremacy of Reason, allied with the spirit of the Golden Rule of not doing to others what one would not wish done to oneself), so that if Illuminati alumni subsequently attained positions of significance and power (such as in the fields of education and politics), they could exert a benevolent and uplifting influence upon society at large. His project was utopian and naively optimistic, and he himself was certainly not without flaws of character – but neither he nor his plan was evil or violent in and of themselves. It is one of the deplorable and tragic ironies of history that a man who tried to inculcate virtue, philanthropy, social justice and morality has become one of the great hate-figures of 21st-century ‘conspiracy’ thinking."[23]

Adam Weishaupt is referred to repeatedly in The Illuminatus! Trilogy, written by Robert Shea and Robert Anton Wilson, as the founder of the Illuminati and as an imposter who killed George Washington and took his place as the first president of the United States. Washington's portrait on the U.S. one-dollar bill is said to actually be Weishaupt's.

Another version of Adam Weishaupt appears in the extensive comic book novel Cerebus the Aardvark by Dave Sim, as a combination of Weishaupt and George Washington. He appears primarily in the Cerebus and Church & State I volumes. His motives are republican confederalizing of city-states in Estarcion (a pseudo-Europe) and the accumulation of capital unencumbered by government or church.

Weishaupt's name is one of many references made to the Illuminati and other conspiracies in the video game Deus Ex (2000). The protagonist uncovers a virus engineered by the VersaLife Corporation with its molecular structure in multiples of 17 and 23. An ally of the protagonist notes "1723. The birth of Adam Weishaupt" even though this reference is actually incorrect as Weishaupt was born in 1748.[citation needed]

Adam Weishaupt is also mentioned ("Bush got a ouija to talk to Adam Weishaupt") by the New York rapper Cage in El-P's "Accidents Don't Happen", the ninth track on his album Fantastic Damage (2002).

Works relating to the Illuminati