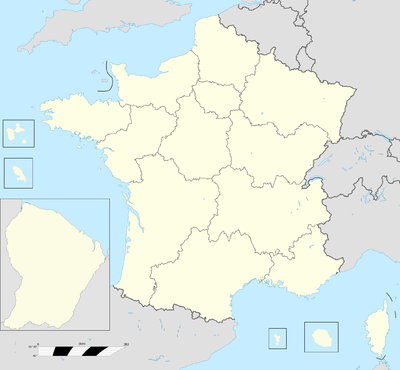 The French republic is divided into 18 regions : 13 in metropolitan France and 5 in overseas France.

As of 1 January 2016, metropolitan France is divided into the following:[1]

1 overseas territory (territoire d'outre-mer, or TOM): the French Southern and Antarctic Lands, which have no permanent population and no communes.

Citizens from all parts of France, including the overseas administrative divisions, vote in national elections (presidential, legislative), and all of the collectivities are represented in the Senate. 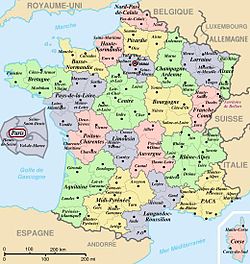 In the Medieval period, the territory of modern metropolitan France was occupied by a complex mosaic of more or less independent entities. Their gradual incorporation into France may be followed in the article Territorial formation of France.

Historically, France was divided into provinces; see Provinces of France.