Air Force ranks and insignia of the Russian Federation 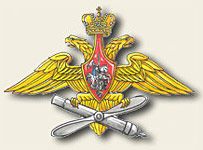 Emblem of the Russian Air Force

The English title for each rank is given first, followed by the Russian title, an English transliteration, then the United States Air Force equivalent. Images of each insignia are provided in the table, along with images of the USAF equivalent.

Russian armed forces have two styles of ranks - troop ranks (army style ranks) and deck ranks (navy style ranks). The army uses troop ranks, and so does the Air Force. The following table of Ranks is based on those of the Russian Federation. The Russian Federation eliminated the descriptor "of Aviation" following ranks, however, that descriptor is still in use in this service branch. The rank of a serviceman of a "Guards" unit or formation may be followed by the word “Guards.” The rank of a citizen of the legal, medical or veterinary professions shall be followed by the words “of Justice,” “of the Medical service,” or “of the Veterinary service,” to their respective ranks. The rank of a citizen having reserve or retired status shall be followed by the words “Reserve” or “Retired,” respectively.