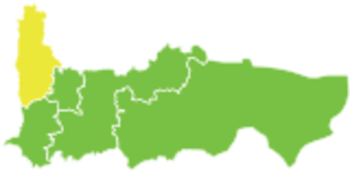 The district of Hama is divided into five sub-districts or Nāḥiyas (population according to 2004 official census):