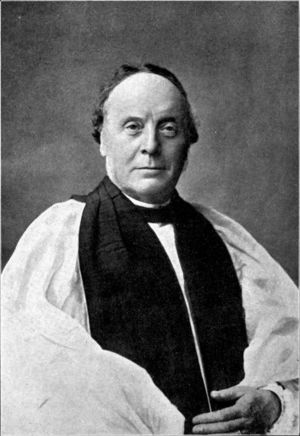 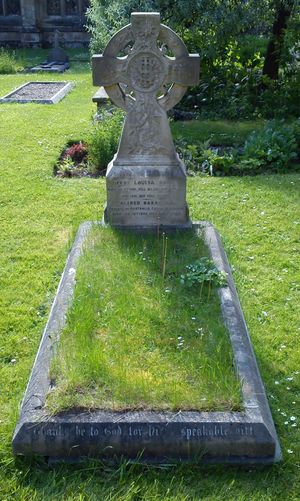 Dr. Alfred Barry (15 January 1826 – 1 April 1910) was the Third Bishop of Sydney, who over the course of his career served as headmaster of several independent schools, Principal of King's College London, and founded several prominent Anglican schools. He officiated at the funeral of Charles Darwin in 1882.

He was born in Ely Place, Holborn in London,[1] the son of the eminent architect, Sir Charles Barry and Sarah Rowsell, and had four brothers; Charles Barry (junior), Edward Middleton Barry, John Wolfe-Barry and Godfrey Barry.[2]

He was consecrated in Westminster Abbey on 1 January 1884 by the Archbishop of Canterbury, assisted by the Bishops of London, Durham, Lincoln, Rochester, Dover and Bishop Perry. On 24 April, he was enthroned in St. Andrew's Cathedral, Sydney, installed as Bishop of Sydney and recognized as metropolitan of New South Wales and primate of the Church of England in Australia and Tasmania.[2]

In 1891 he was appointed Canon of the eleventh stall at St George's Chapel, Windsor Castle, a position he held until 1910.[5] He died at Windsor and was buried in the cloisters of Worcester Cathedral. He was survived by his wife Louisa Victoria, daughter of Canon Hughes of Peterborough, whom he had married on 13 August 1851, and by two sons and a daughter. Another daughter, Mary Louisa (1862-1880) died young and was also buried in the cloisters of Worcester Cathedral.