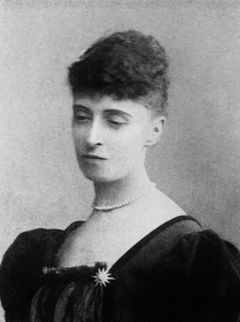 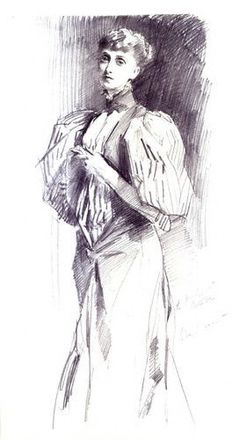 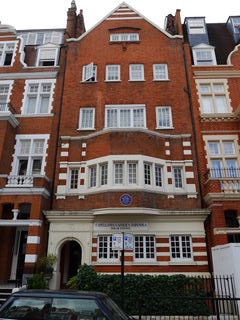 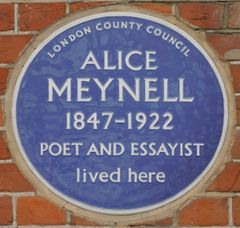 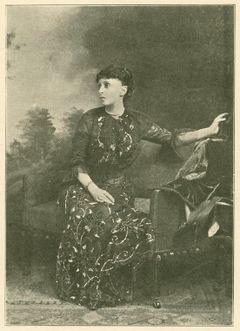 Alice Christiana Gertrude Thompson was born in Barnes, London, to Thomas James and Christiana (née Weller) Thompson. The family moved around England, Switzerland, and France, but she was brought up mostly in Italy, where a daughter of Thomas from his first marriage had settled. Her father was a friend of Charles Dickens,[2] and Meynell suggests in her memoir that Dickens was also romantically interested in her mother, noting that he had said to Thomas Thompson, "Good God, what a madman I should seem if the incredible feeling I have conceived for that girl could be made plain to anyone!"[4]

Preludes (1875) was her first poetry collection, illustrated by her elder sister Elizabeth (the artist Lady Elizabeth Butler, 1846–1933, whose husband was Sir William Francis Butler). The work was warmly praised by Ruskin, although it received little public notice. Ruskin especially singled out the sonnet "Renunciation" for its beauty and delicacy.[5]

After Alice, the entire Thompson family converted to the Catholic Church (1868 to 1880),[6] and her writings migrated to subjects of religious matters. This eventually led her to the Catholic newspaper publisher and editor Wilfrid Meynell (1852–1948) in 1876. A year later (in 1877) she married Meynell, and they settled in Kensington. They became the proprietors and editors of such magazines as The Pen, the Weekly Register, and Merry England, among others.[7]

She was much involved in editorial work on publications with her husband, and in her own writing, poetry and prose. She wrote regularly for The World, The Spectator, The Magazine of Art, the Scots Observer (which became the National Observer, both edited by W. E. Henley), The Tablet, The Art Journal, the Pall Mall Gazette, and The Saturday Review.

The poet Francis Thompson, down and out in London and trying to recover from his opium addiction, sent the couple a manuscript. His poems were first published in Wilfrid's Merry England, and the Meynells became a supporter of Thompson. His 1893 book Poems was a Meynell production and initiative. Another supporter of Thompson was the poet Coventry Patmore. Alice had a deep friendship with Patmore, lasting several years, which led to his becoming obsessed with her, forcing her to break with him.[8]

At the end of the 19th century, in conjunction with uprisings against the British (among them the Indians', the Zulus', the Boxer Rebellion, and the Muslim revolt led by Muhammad Ahmed in the Sudan), many European scholars, writers, and artists, began to question Europe's colonial imperialism. This led the Meynells and others in their circle to speak out for the oppressed. Alice Meynell was a vice-president of the Women Writers' Suffrage League, founded by Cicely Hamilton and active 1908–19.[9]

After a series of illnesses, including migraine and depression, she died 27 November 1922. She is buried at Kensal Green Catholic Cemetery in London. There is a London County Council commemorative blue plaque on the front wall of the property at 47 Palace Court, Bayswater, London, W2, where she and her husband once lived.