Perhaps his most notable contribution was to investigate economic development in terms of the sequential dominance of different sectors of the economy: the primary, secondary and tertiary sectors (three-sector theory).[1][2] 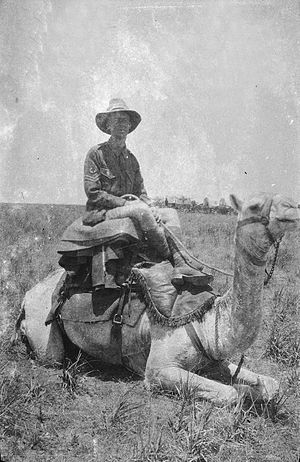 In 1924 he gained his PhD the London School of Economics. The notes he made on lectures attended are in the LSE archives. He returned to Australia in 1925 and was received Professor of Economics at the University of Otago from 1925 to 1935.

In 1930 and 1931 Allan was awarded a Rockefeller Fellowship, which enabled him to travel and study in China, Russia, Poland, Geneva, England and the United States.

During 1936-1937, Allan was Professor of Economics at the University of Western Australia in Perth. In 1938 the family moved to England, when Allan accepting the Price Research Professorship at the Royal Institute of International Affairs, familiarly known as Chatham House, in London and became Professor of International Economics in London. This involved trips to Scandinavia and the Balkans, and in 1939, the family moved to Oxford. Lectures given by AGB Fisher are included in a special online archive issue from Chatham house

1934 Alan became chief editor, Economist, Bank of New South Wales. During the War, he paid two visits to the United States, to an F.A.O. preparatory commission and 1944 was Counsellor at the New Zealand Legation in Washington D.C. He also attended the Bretton Woods Conference as well as the 1946 Paris Peace Conference, before taking up his job later that year, on the staff of the International Monetary Fund. Allan retired in 1960 and lived in England for the remainder of his life

The Clash of Progress and Security, Macmillan, 1935.

The constitution and work of UNRRA, by Allan G. B. Fisher, July 1944

International collaboration and the economic and social council, by Allan G. B. Fisher, October 1945

(With son, Humphrey J. Fisher) Slavery and Muslim Society in Africa: The Institution in Saharan and Sudanic Africa and the Trans-Saharan Trade, C. Hurst, 1970, Doubleday, 1971.