The Office of Allegheny County Medical Examiner investigates cases of persons who die within Allegheny County, Pennsylvania from criminal violence by casualty or by suicide, when unattended by a physician; under correctional custody or any other suspicious or unusual manner. The office's jurisdiction includes the city of Pittsburgh and its immediate suburbs.

Prior to 2005 the "Coroner" was an elected position within the county, however on December 29, 2005 the position was abolished and retitled "Medical Examiner" with all future office holders being appointees of the Allegheny County Executive (Mayor) once approved by county council. Longtime coroner Wecht continued to serve as both the last coroner and first medical examiner.[1]

The office made headlines in the 1930s in its investigations into some of the Mad Butcher Killings.[2] In the 1950s the office (headed by William McClelland) was a leader in attempting to raise the driving age from 16 to 18.[3] The 1970s had the office gaining national prominence as Dr. Wecht led several investigations into the Kennedy Assassination.[4][5][6] 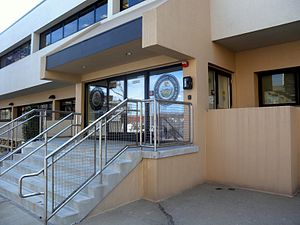 The office has been headed by several notable coroners/medical examiners including: