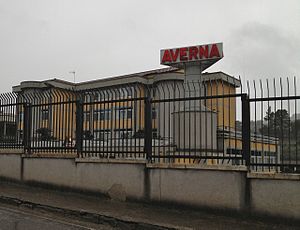 Amaro Averna is an Italian liqueur in the Amaro category produced in Caltanissetta, Sicily. It is named after its inventor, Salvatore Averna, who invented the recipe in 1868. This drink is produced on the Island of Sicily and is considered a traditional drink.

The herbs, roots and citrus rinds are allowed to soak in the base liquor before caramel is added. Averna is sweet, thick and has a gentle herbal bitterness. It is 29% alc/volume (formerly 32%) and distilled and bottled in Italy.

Averna is a classic digestif, often served on the rocks or neat. It also is an ingredient in some cocktails.