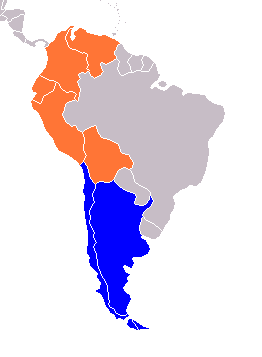 The Andean States are a group of nations in South America that are defined by sharing a common geography (the Andes mountain range) or culture such as the Quechua language and Andean cuisine which was primarily spread during the times of the Inca Empire, but also before and after it.

The Andes occupy the western part of South America, stretching through the following countries: