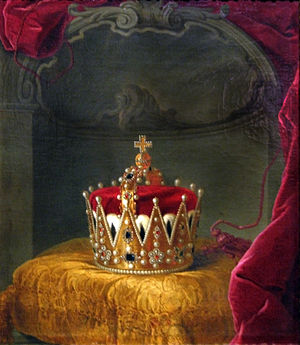 Archducal hat, the coronet of an archduke

Archduke (feminine: Archduchess) (German: Erzherzog, feminine form: Erzherzogin) was the title borne from 1358 by the Habsburg rulers of the Archduchy of Austria and later, by all senior members of that dynasty. It denotes a rank within the former Holy Roman Empire (962–1806), which was below that of Emperor and King and above that of Duke and Prince.[1]

The territory ruled by an Archduke or Archduchess was called an Archduchy. All remaining Archduchies ceased to exist in 1918.

The first known claim to the title of Archduke was by the rulers of Austrasia (c. 750), one of the Merovingian (Frankish) realms resulting from the complex successions in the house of Clovis, roughly comprising Germany, Switzerland and the Low Countries.

In the Carolingian Empire, the title Archduke was awarded not as rank of nobility, but as a unique honorary title to the Duke of Lotharingia (who held a substantially larger territory than the post-medieval Duchy of Lorraine). The Lotharingian (Arch)Duchy could be seen as the successor to the former Carolingian Kingdom of Lotharingia, a realm which had been of approximately equal stature with West Francia (modern France) in the dynastic divisions under the early heirs of Charlemagne. Lotharingia was eventually absorbed by East Francia (Greater Germany), becoming part of the Holy Roman Empire rather than a fully independent Kingdom. 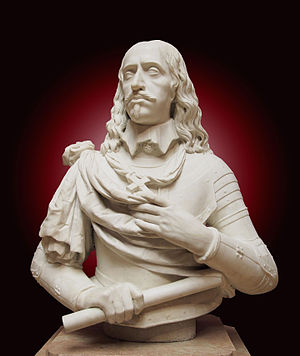 After the split of the (Arch)Duchy of Lotharingia in 959 into the Duchies of Upper Lotharingia in the south (German: Oberlothringen, which included modern Lorraine) and Lower Lotharingia in the north (German: Niederlothringen, capital city: Cologne on the Rhine river), the title Archduke disappeared officially for almost 400 years. The later extended fragmentation of both territories created two "succeeding" Duchies in the Low Countries, Brabant (mainly in modern-day Belgium) and Geldre (now in the Netherlands, giving its name to the province of Gelderland). Both claimed archducal status but were never officially recognised as such by the Holy Roman Emperor.

Archduke of Austria, the only archducal title to re-emerge, was invented in the Privilegium Maius in the 14th-century by Duke Rudolf IV of Austria. Originally, it was meant to emphasize the claimed precedence (thus "Arch-") of the Duchy of Austria, in an effort to put the Habsburgs on an even level with the Prince-Electors of the Holy Roman Empire, as Austria had been passed over when the Golden Bull of 1356 assigned that dignity to the four highest-ranking secular Imperial princes and three Archbishops. Holy Roman Emperor Charles IV refused to recognise the title, as did all the other ruling dynasties of the member countries of the Empire. But Duke Ernest the Iron and his descendants unilaterally assumed the title of Archduke.

The archducal title was only officially recognized in 1453 by Emperor Frederick III, when the Habsburgs had solidified their grip on the throne of the de jure elected Holy Roman Emperor, making it de facto hereditary.[2] Despite that imperial authorization of the title, which showed a Holy Roman Emperor from the Habsburg dynasty deciding over a title claim of the Habsburg dynasty, many ruling dynasties of the countries which formed the Empire refused to recognize the title "Archduke". Ladislaus the Posthumous, Duke of Austria, who died in 1457, did never get in his lifetime the imperial authorization to use it, and accordingly, neither he nor anyone in his branch of the dynasty ever used the title. Emperor Frederick III himself simply used the title "Duke of Austria", never Archduke, until his death in 1493. The title was first granted to Frederick's younger brother, Albert VI of Austria (d. 1463), who used it at least from 1458.

In 1477, Frederick III also granted the title of Archduke to his first cousin, Sigismund of Austria, ruler of Further Austria (German: Vorderösterreich). Frederick's son and heir, the future Emperor Maximilian I, started to use the title, but apparently only after the death of his wife Mary of Burgundy (d. 1482), as Archduke never appears in documents issued jointly by Maximilian and Mary as rulers in the Low Countries (where Maximilian is still titled "Duke of Austria"). The title appears first in documents issued under the joint rule of Maximilian and his son Philip in the Low Countries.

Archduke was initially borne by those dynasts who ruled a Habsburg territory—i.e., only by males and their consorts, appanages being commonly distributed to cadets. But these "junior" archdukes did not thereby become sovereign hereditary rulers, since all territories remained vested in the Austrian crown. Occasionally a territory might be combined with a separate gubernatorial mandate ruled by an archducal cadet. 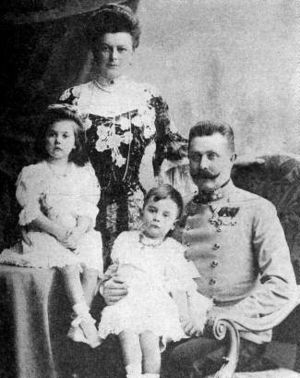 The heir to the Austro-Hungarian throne, Archduke Franz Ferdinand (right) with his family. Ferdinand, along with his wife, was assassinated at Sarajevo in 1914, which sparked World War I

From the 16th century onward, "Archduke" and its female form, "Archduchess", came to be used by all the members of the House of Habsburg (e.g. Queen Marie Antoinette of France was born Archduchess Maria Antonia of Austria). Upon extinction of the male line of the Habsburgs and the marriage of their heiress, the Holy Roman Empress-consort Maria Theresa, Queen of Hungary and Archduchess of Austria, to Francis Stephen, Duke of Lorraine who was elected Holy Roman Emperor, their descendants formed the House of Habsburg-Lorraine. After the dissolution of the Holy Roman Empire this usage was retained in the Austrian Empire (1804–1867) and the Austro-Hungarian Empire (1867–1918).[2]

The official use of titles of nobility and of all other hereditary titles, including Archduke, has been illegal in the Republic of Austria for Austrian citizens since the Law on the Abolition of Nobility (Gesetz vom 3. April 1919 über die Aufhebung des Adels, der weltlichen Ritter- und Damenorden und gewisser Titel und Würden). Thus those members of the Habsburg family who are residents of the Republic of Austria are simply known by their first name(s) and their surname Habsburg-Lothringen. However, members of the family who reside in other countries may or may not use the title, in accordance with laws and customs in those nations.

For example, Otto Habsburg-Lothringen (1912-2011), the eldest son of the last Habsburg Emperor, was an Austrian, Hungarian and German citizen. As he lived in Germany, where it is permitted to use hereditary titles as part of the civil surname (including indications of origin, such as von or zu), his official civil name was Otto von Habsburg (literally: Otto of Habsburg), whereas in Austria he was registered as Otto Habsburg.[2]

The King of Spain also bears the nominal title of Archduke of Austria as part of his full list of titles, as the Bourbon dynasty adopted all the titles previously held by the Spanish Habsburgs when they took over the Spanish throne. However, "Archduke" was never considered by the Spanish Bourbons as a substantial dignity of their own dynasty, but rather as a traditional supplementary title of the Spanish Kings since the days of the Habsburg dynasty on the royal throne (1516-1700). Hence, no member of the royal family other than the King bears the (additional) title of "Archduke".

The insignia of the Archduke of Lower and Upper Austria is the archducal hat, a coronet which is kept in Klosterneuburg Monastery.