Born in Chelsea, London,[1] Sinclair was the son of a Scottish father and an American mother. He was the great-great-grandson of Sir John Sinclair, 1st Baronet. In 1912, he succeeded his grandfather, Sir John Sinclair, 3rd Baronet, as fourth Baronet, of Ulbster. Educated at Eton College and the Royal Military College, Sandhurst, he was commissioned into the Life Guards in 1910.[2]

Sinclair served on the Western Front during the First World War[2] and rose to the rank of Major in the Guards Machine Gun Regiment. He served as second-in-command to Winston Churchill, when Churchill commanded the 6th Battalion of the Royal Scots Fusiliers in the Ploegsteert Wood sector of the Western Front in 1916, after Churchill had resigned as First Lord of the Admiralty. They formed a lasting friendship, which would become a significant political alliance in later decades. From 1919 to 1921, he served as Personal Military Secretary to Churchill, when he returned to the Cabinet as Secretary of State for War, then accompanied him to the Colonial Office as Private Secretary.[2]

In 1922, Sinclair entered the House of Commons as a Liberal Member of Parliament (MP) for Caithness and Sutherland,[3] supporting David Lloyd George and defeating the incumbent Liberal supporter of H. H. Asquith. His constituency was the largest, in terms of area, in the United Kingdom. He rose through the Liberal ranks as the party shrank in Parliament, becoming Chief Whip by 1930.[2]

In 1931, the Liberal Party joined the National Government of Ramsay MacDonald, with Sinclair appointed Secretary of State for Scotland.[4] He was sworn of the Privy Council at the same time.[5] In 1932, he, together with other Liberal ministers, resigned from the government in protest at the Ottawa Conference introducing a series of tariff agreements. Sinclair and the Liberal leader, Sir Herbert Samuel, were thus the last Liberal politicians to sit in the Cabinet until 2010.[citation needed]

In the 1935 general election, Samuel lost his seat. Sinclair became the party's leader at the head of only 20 MPs. With the party now clearly marginalised as the third party on the fringe and few distinct domestic policies, with a parliamentary party that was primarily a collection of individuals elected as much for themselves as for their party, and with the separate Liberal Nationals offering competition amongst Liberal-inclined voters, Sinclair fought to make the Liberals once more a relevant force in British politics, taking up the issues of opposition to the continental dictatorships and working closely with Churchill, who was then a backbencher and generally shunned by his Conservative Party.

When Churchill formed an all-party coalition government in 1940, Sinclair became Secretary of State for Air. However, he did not sit in the small War Cabinet but was invited to attend meetings discussing any political matter. As Secretary for Air, his first task was to work with the RAF in planning the Battle of Britain. Towards the end of the war he found himself at odds with Churchill, arguing against Bomber Harris's strategy for the Bombing of Dresden.[6] He remained a minister until May 1945 when the coalition ended. In the 1945 general election, he narrowly lost his seat. His margin of defeat is one of the tightest on record; he came third: even though the victor had only 61 votes more than he.[2]

There was speculation that he might return to the Commons and the leadership, as the Conservative victor in his seat had promised to serve in parliament only until the end of war with Japan, a pledge he kept modifying to serving just one more year, every year. Sinclair awaited the imminent by-election, which never materialised. At the 1950 general election, Sinclair again stood for his old seat and moved to second place, but in yet another close election, he remained 269 votes away from victory.[citation needed] In 1952, the year of his first stroke, he accepted elevation to the House of Lords as Viscount Thurso, of Ulbster in the County of Caithness.[7] He was expected to take up the leadership of the Liberal group in the House of Lords, but a much more serious stroke in 1959 left him largely bedridden and in a state of precarious health until his death, in 1970.[8] 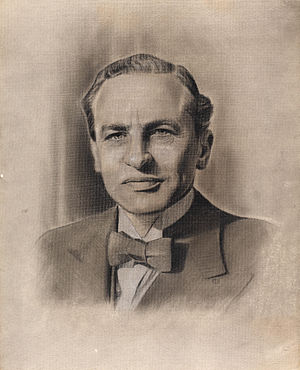 In the 1990s, his grandson, John Sinclair, entered politics and sat from 2001 to 2015 as the Liberal Democrat MP for his grandfather's seat, Caithness, Sutherland and Easter Ross. Sinclair's granddaughter, Veronica Linklater, Baroness Linklater of Butterstone (daughter of the Hon. Elizabeth Sinclair), has also become a Liberal Democrat politician.[9]