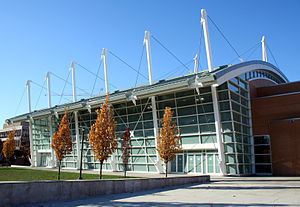 Structural engineering involves the analysis and design of physical objects (buildings, bridges, equipment supports, towers and walls). Those concentrating on buildings are responsible for the structural performance of a large part of the built environment and are, sometimes, informally referred to as "building engineers". Structural engineers require expertise in strength of materials and in the seismic design of structures covered by earthquake engineering. Architectural Engineers sometimes structural as one aspect of their designs; the structural discipline when practiced as a specialty works closely with architects and other engineering specialists. 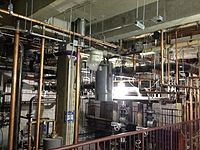 MEP room in a building

The architectural engineer (PE) in the United States

The architect as architectural engineer

In Spain, an "architect" has a technical university education and legal powers to carry out building structure and facility projects.[6]

In Brazil, architects and engineers used to share the same accreditation process (CONFEA – Federal Council of Engineering, Architecture and Agronomy). Now the Brazilian architects and urbanists have their own accreditation process (CAU – Architecture and Urbanism Council). Besides traditional architecture design training, Brazilian architecture courses also offer complementary training in engineering disciplines such as structural, electrical, hydraulic and mechanical engineering. After graduation, architects can be fully responsible for design and construction in these areas (except in electric wiring, where the architect autonomy is limited to systems up to 30kVA), applied to buildings, urban environment, built cultural heritage, landscape planning, interiorscape planning and regional planning.[7][8]

In Greece licensed architectural engineers are graduates from architecture faculties that belong to the Polytechnic University,[9] obtaining an "Engineering Diploma". They graduate after 5 years of studies and are fully entitled architects once they become members of the Technical Chamber of Greece (TEE – Τεχνικό Επιμελητήριο Ελλάδος).[10][11] The Engineering Diploma equals a master's degree in ECTS units (300) according to the Bologna Accords.[12]

The architectural, structural, mechanical and electrical engineering branches each have well established educational requirements that are usually fulfilled by completion of a university program. 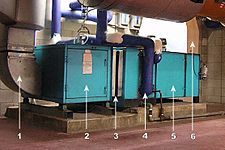 An air handling unit is used for the heating and cooling of air in a central location (click on image for legend). Bringing together knowledge of acoustic engineering and HVAC is one example of the multi-disciplined nature of architectural engineering

Architectural engineering as a single integrated field of study