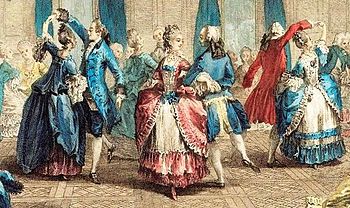 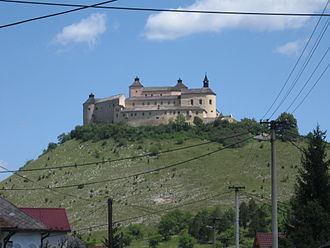 Castle- the symbol of the rule of aristocracy in medieval Europe (Krásna Hôrka in Slovakia).
"Aristocrat" redirects here. For other uses, see Aristocrat (disambiguation).

Aristocrats is a broad term that usually refers to people that a particular social order considered the highest social class of that society. Specifically, in many states, the aristocracy implied the upper class of people (aristocrats) who typically possess a hereditary rank and specifically titles. In some societies—such as Ancient Greece, Rome, and India—aristocratic status may derive from membership of a military caste, although it has also been very common for aristocrats to belong to priestly dynasties in lieu of this, as is the case in polities all over the continent of Africa. Aristocratic status can involve feudal or legal privileges.[1] They are usually below only the monarch of a country or nation in its social hierarchy. In modern era European societies, the term aristocracy has often been used synonymously with the nobility, a specific class that arose in the middle ages, but the term aristocracy is sometimes also applied to other elites, and is used as a more generic term in reference to earlier and non-European societies.

The term aristocracy derives from the Greek ἀριστοκρατία (aristokratia ἄριστος (aristos) "excellent," and κράτος (kratos) "power."[2] In most cases, aristocratic titles were and are hereditary.

The term "aristocracy" (Greek: ἀριστοκρατία) was first used in Athens with reference to young citizens (the men of the ruling class) who led armies at the front line. Due to martial bravery being highly regarded as a virtue in ancient Greece, it was assumed that the armies were being led by "the best." This virtue was called arete (Greek: ἀρετή). Etymologically, as the word developed, it also produced a more political term: aristoi (Greek: ἄριστοι). The term aristocracy is a compound word stemming from the singular of aristoi, aristos (Greek: ἄριστος), and the Greek word for power, kratos (Greek: κράτος).

From the ancient Greeks, the term passed to the European Middle Ages for a similar hereditary class of military leaders, often referred to as the nobility. As in Greece, this was a class of privileged men and women whose familial connections to the regional armies allowed them to present themselves as the most "noble" or "best" of society. 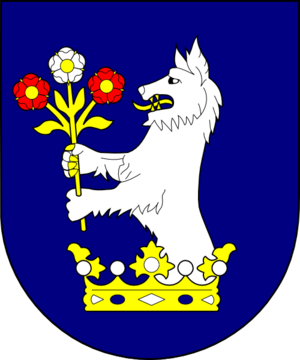 Coat of arms of Révay family in the Kingdom of Hungary.

Historically, the status and privileges of the aristocracy in Europe were below royalty and above all non-aristocrats.

The French Revolution attacked aristocrats as people who had achieved their status by having been born in a wealthy family rather than by merit, and this was considered unjust. In the United Kingdom and other European countries, such as Spain and Denmark, in which hereditary titles are still recognised, aristocrat still refers to the descendant of one of approximately 7,000 families with hereditary titles, many still in possession of considerable wealth.

In the United Kingdom, members of the highest echelon of the aristocracy, the hereditary peers were, until 1999, members of the House of Lords—the upper house of the legislature, the Parliament of the United Kingdom. In 1999, most ceased to be members. However, the Duke of Norfolk, who always serves as Earl Marshal, the hereditary peer who serves as Lord Great Chamberlain (currently the Marquess of Cholmondeley), and a further 90 Representative Hereditary Peers elected by the Hereditary Peers retained membership. Since 1958, non-hereditary "life peers" have been created, who are automatically members of the House of Lords for life with the right to be known by their title. For example, John Gummer became (The Rt Hon.) Lord Deben.

However, life peers are not considered part of the aristocracy, nor are knights, unless born into an aristocratic or landed gentry family. (Examples include James Douglas-Hamilton, Baron Selkirk of Douglas, and Sir Winston Churchill—all born into aristocratic families). Besides the hereditary peers, the landed gentry, consisting of baronets, Scottish barons, and untitled landowning armigerous families are considered part of the aristocracy. Unlike the Continental untitled nobility, British untitled families that belong to the gentry have no legal recognition of their aristocratic position.

In ancient India, starting in the Vedic period, the Kshatriyas formed the military aristocracy. Although the Brahmins—priests and interpreters of religious texts—were theoretically the highest caste, power and prestige rested with the ruling Kshatriya caste. 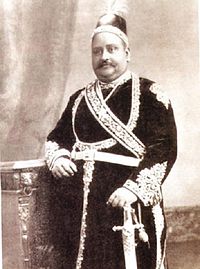 Under the rule of the Mughal Empire, the titles for those under a king were borrowed from Persia. Most Indian princely families and a large part of the subcontinent's landed aristocracy of jagirdars, thikanadars, and talukdars were of the kshatriya rajput caste, as was the case for the rulers of the Deccan. These were often thought of as the Nobility of the Sword.

Many landholding families either held legal or administrative offices, and were sometimes considered the Indian version of the Nobility of the Robe. The princes appointed officers, such as dewan and other state level ministers, to run their administrations, who were considered members of the regional nobility. Most of these officers were either relatives of the princes who appointed them, or were themselves substantial landlords under the sovereignty of the Princely States, and most held hereditary titles. Sometimes, educated men belonging to the British Imperial Services were also appointed to the high offices of the Princely States, but their positions were not hereditary and they were seen as career bureaucrats rather than noblemen by their employer's.

Deriving for the most part from the pre-colonial states that existed in the region that would become known as Nigeria, the legally recognised titles of the Nigerian nobility range from king to the ubiquitous chief. They give their bearers no political authority in theory, but in practice allow them to serve as immensely powerful patrons of the country's political leaders due to their control of popular opinion within its various tribes. Along with those of their titled relatives and courtiers, they also ensure that they serve as the guiding forces behind the varied cultural and religious ceremonies that take place in the country throughout the calendar year.

Titles such as Oba, Amanyanaboh, Mai, Obong, Sarki, Attah, and Obi are used by the dynastic heads, while prince and princess are either used in their English forms or in their native ones by the cadets of their houses. Their ministers, meanwhile, tend to be called either chiefs or elders depending on what their monarchs are themselves called, with chiefs serving under a ruler who is called a king and elders serving under one called a chief.