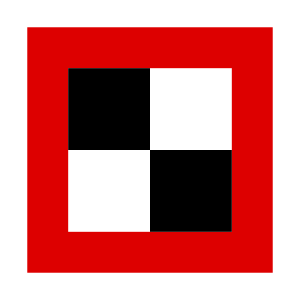 Army Group B was the name of three different German Army Groups that saw action during World War II.

The first was involved in the Western Campaign in 1940 in Belgium and the Netherlands which was to be aimed to conquer the Maas bridges after the German airborne actions in Rotterdam. Army Group B had approximately 300,000 men involved in these operations which occurred in May 1940.

The second Army Group B was formed when Army Group South was split into two formations for the summer offensive of 1942. Army Group B was given the task of protecting the northern flank of Army Group A, and included the 6th Army's attack on Stalingrad.

In February 1943, the existing Army Group B and Army Group Don were combined to create a new Army Group South. This was done on the Eastern Front.

A new Army Group B was formed in northern Italy under Field Marshal Erwin Rommel in 1943, to defend against a possible allied attack there.

Army Group B was subsequently moved to northern France to defend occupied France against the D-Day landings, on 6 June 1944. On 19 July, Field Marshal Günther von Kluge took command from Rommel. About one month later, on 17 August, Field Marshal Walter Model replaced Kluge. From 1944 to 1945, the army group fought in the campaigns in France. Army Group B participated in the Battle of Normandy. Moving to the Low Countries, Model received a shock when his HQ was located at Osterbeek close to Arnhem during the 17 September start of Operation Market Garden[1] before the army group participated in the Battle of the Bulge. Finally, Army Group B was isolated in the Ruhr Pocket in northern Germany and, after being divided up into smaller and smaller sections, the final section was surrendered on 21 April 1945.