Army of the Ohio

The Army of the Ohio was the name of two Union armies in the American Civil War. The first army became the Army of the Cumberland and the second army was created in 1863.

1st Army of the Ohio

General Orders No. 97 appointed Maj. Gen. Don Carlos Buell to command the Department of the Ohio. All the forces of the department were then organized into the Army of the Ohio, with Buell in command. Early in 1862, the army fought its first battle at Mill Springs, although only the 1st Division, commanded by Brig. Gen. George H. Thomas, was engaged. The whole army marched to reinforce Grant's Army of the Tennessee at the Battle of Shiloh.

Buell was replaced as commander of the Department of the Ohio by Brig. Gen. Horatio G. Wright in August 1862, but because of Wright's junior rank, Maj. Gen. Henry W. Halleck ordered Thomas to replace Wright in command. However, Thomas foresaw a major battle and felt it unwise to change an army commander on the eve of battle. Thus Buell remained in command of the Army and Thomas was made his second-in-command.

The battle Thomas foresaw occurred on October 8, 1862, west of Perryville, Kentucky. Confederate General Braxton Bragg had marched into Kentucky to recruit soldiers and take the state from the Union. The full force of Buell's command was gathering when Bragg attacked. Known as the Battle of Perryville, or the Battle of Chandler Hills, casualties were very high on both sides.

2nd Army of the Ohio 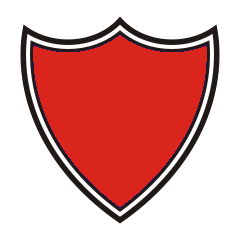 Badge of the XXIII Corps.

On 25 March 1863, Maj. Gen. Ambrose Burnside assumed command of the Department of the Ohio. Burnside consolidated all the forces of the department and created the XXIII Corps, which was also styled the Army of the Ohio, with himself in command. He became one of the few officers to directly command two completely different armies (he had earlier commanded the Army of the Potomac). The new Army of the Ohio first repelled Morgan's Ohio raid, although the entire army rarely functioned as one complete unit during this campaign. Next Burnside moved to Knoxville, Tennessee. Here the IX Corps was added and the army grew to two corps, plus a division of cavalry. Burnside defeated the Confederates at the Battle of Fort Sanders in the Knoxville Campaign. After the battle, he asked to be relieved of command due to illness. Maj. Gen. John G. Foster replaced Burnside as commander of the Army and Department of the Ohio on December 9.

The XXIII Corps was ordered to North Carolina and only Cox's division was present for the Battle of Wilmington. It was not until March 1865 that the rest of the XXIII Corps landed at New Bern, North Carolina. Upon the arrival of the XXIII Corps in its entirety, Schofield joined that corps with the X Corps under Maj. Gen. Alfred H. Terry to form the Army of the Ohio. The Army was designated the Center Wing of Maj. Gen. William T. Sherman's army and participated in the final stages of the Carolinas Campaign. With the close of the war, the troops were mustered out of military service. A number of post-war reunions were held by various elements of the old Army of the Ohio.