Astra (Anonima Sarda Trasporti) S.p.A. is an Italian company which produces trucks, construction dump truck, heavy transport vehicles and military vehicles. Astra was privately founded in 1946 in Cagliari, and since 1986 is a member Iveco, part of Fiat Industrial. In 1951 Astra moved to Piacenza. From 1946 to 1986 Astra belonged to the Bertuzzi Piacenza family.

During the 1960s, the companies' facility was enlarged several times, and a broader range of vehicles with dumper and mixers models added.

SIVI A specialist upfitter modifies ASTRA trucks for heavy duty applications. The range starts with road trucks with trailers or semi-trailer has a GVW of 44t and construction vehicles have a GVW / PTT authorized legal 33t for a 3-axle 6x4, of 40t for a 4 axle configuration 8x4 - 8x6 or 8x8 and a 56t trailer with a 6x4 tractor and tandem trailer. The SIVI range is based on IVECO Stralis and Trakker models. The engines are all Iveco Cursor 13 with a power of 440 to 650 hp (485 kW). The whole range SIVI is approved for loads up to 540 tons and is built from Iveco chassis and engine components.

Currently the production of vehicles by Astra quarry site includes a number of trucks to the yard (HD8), one of rigid dump truck (RD) and one articulated dump trucks (ADT). Production of vehicles Astra quarry site began in 1955 with the construction of BM 1, a rigid dump truck that had some success. Following the enlargement of the factory, the BM series was extended, and the model BM 309 participated in the Paris-Dakar in the category reserved for trucks. In 1996 (the fiftieth anniversary of the foundation), the series went on the market HD7, which also had some success. In 2005 was replaced by the current range HD8. In 2009 the Astra has launched a new range of heavy duty vehicles called HHD. 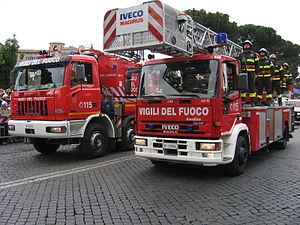 In 2002 the company absorbed Astra SIVI (partner Iveco from 1982), which produced vehicles for heavy transport, and in 2004 completely integrates production SIVI.

The vehicles, first and then SIVI Astra, are all produced on the basis of Iveco vehicles, currently Stralis and Trakker.

The Astra range of products includes:

The Série HD7 in porter and tractor versions comprend: 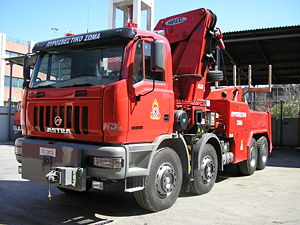 Astra HD7C 84-45 tow truck of the Fire Service of Greece.

Two special series of HD8 are destined for markets: