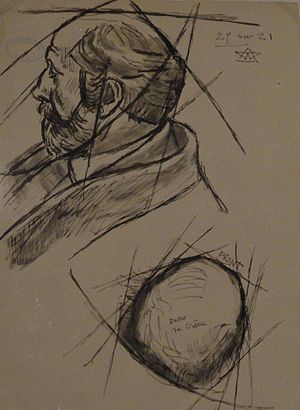 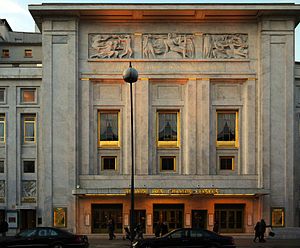 Auguste Perret (12 February 1874 – 25 February 1954) was a French architect and a world leader and specialist in reinforced concrete construction. In 2005, his post-World War II reconstruction of Le Havre was declared by UNESCO one of the World Heritage Sites.

Auguste Perret was born in Ixelles, Belgium. He was the brother of the architect Gustave Perret.

Perret worked on a new interpretation of the neo-classical style. He continued to carry the banner of nineteenth century rationalism after Viollet-le-Duc. His efforts to utilize historical typologies executed in new materials were largely eclipsed by the younger media-savvy architect Le Corbusier, Perret's one-time employee, and his ilk.

Perret also served as a juror with Florence Meyer Blumenthal in awarding the Prix Blumenthal, a grant given between 1919 and 1954 to young French painters, sculptors, decorators, engravers, writers, and musicians.[1] 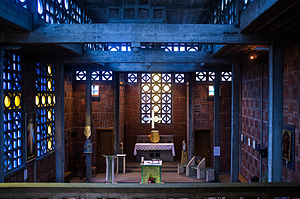