Augustus III (Polish: August III, Lithuanian: Augustas III; 17 October 1696 – 5 October 1763) was King of Poland and Grand Duke of Lithuania from 1734 until 1763, as well as Elector of Saxony in the Holy Roman Empire from 1733 until 1763 where he was known as Frederick Augustus II (German: Friedrich August II).

The only legitimate son of Augustus II of Poland, he followed his father’s example by joining the Roman Catholic Church in 1712. In 1719 he married Maria Josepha, daughter of the Holy Roman emperor Joseph I and became elector of Saxony on his father’s death in 1733. As a candidate for the Polish crown, he secured the support of the emperor Charles VI by assenting to the Pragmatic Sanction of 1713, designed to preserve the integrity of the Habsburg inheritance, and that of the Russian empress Anna by supporting Russia’s claim to Courland. Chosen king by a small minority of electors on October 5, 1733, he drove his rival, the former Polish king Stanisław I, into exile. He was crowned in Kraków on January 17, 1734, and was generally recognised as king in Warsaw in June 1736.[1]

Augustus gave Saxon support to Austria against Prussia in the War of the Austrian Succession (1742) and again in the Seven Years’ War (1756). His last years were marked by the increasing influence of the Czartoryski and Poniatowski families, and by the intervention of Catherine the Great in Polish affairs. His rule deepened the anarchy in Poland and increased the country’s dependence on its neighbours. The Russian Empire, which had assisted him in his bid to succeed his father, prevented him from installing his family on the Polish throne, supporting instead the aristocrat Stanisław August Poniatowski. During his reign, Augustus spent little time in Poland and more interested in ease and pleasure than in affairs of state, this notable patron of the arts left the administration of Saxony and Poland to his chief adviser, Heinrich von Brühl, who in turn left Polish administration chiefly to the powerful Czartoryski family.[1]

The reign of Augustus witnessed one of the greatest periods of disorder within Poland.

Augustus was the only legitimate son of Augustus II the Strong, Prince-Elector of Saxony and king of the Polish-Lithuanian Commonwealth who belonged to the Albertine line of the House of Wettin. His mother was Christiane Eberhardine of Brandenburg-Bayreuth. Groomed to succeed his father as king of Poland, Augustus converted to Catholicism in 1712; when publicly announced, this caused discontent among the Protestant Saxon aristocracy.[2][3] Faced with a hereditary Catholic succession for Saxony, Prussia and Hanover attempted to oust Saxony from the directorship of the Protestant body in the Reichstag, but Saxony managed to retain the directorship.[4]

File:Royal Monogram of King Augustus III of Poland.svg Upon the death of Augustus II in 1733, Augustus inherited the Saxon electorate and was elected to the Polish throne, with the support of the Russian Empire and the Holy Roman Empire. He was opposed by the forces of Stanisław I Leszczyński, who had usurped the throne with Swedish support during the Great Northern War. Reigning from 1706 until 1709, Stanisław was overthrown after the Swedish defeat at Poltava. Returning from exile in 1733 with the support of Louis XV of France, Stanisław sparked the War of the Polish Succession, which concluded in 1738 with a victory for Augustus's Russian and Imperial allies.[2]

As King, Augustus was uninterested in the affairs of his Polish–Lithuanian dominion, focusing instead on hunting, the opera, and the collection of artwork (see Gemäldegalerie Alte Meister). He spent less than three years of his thirty-year reign in Poland, where political feuding between the House of Czartoryski and the Potocki paralysed the Sejm (Liberum Veto), fostering internal political anarchy and weakening the Commonwealth. Augustus delegated most of his powers and responsibilities in the Commonwealth to Heinrich von Brühl, who served in effect as the viceroy of Poland.

Augustus's eldest surviving son, Frederick Christian of Saxony, succeeded his father as Elector. A Russian-supported coup d'état in Poland, instigated by the Czartoryskis, resulted in the election of Stanisław August Poniatowski as king of Poland and Grand Duke of Lithuania on 7 September 1764. Reigning under the name Stanisław II, Poniatowski was the son of the elder Stanisław Poniatowski, a powerful Polish noble and a onetime agent of Stanisław I; he was a lover of Catherine II of Russia and as such enjoyed strong support from that Empress's court.

August was portrayed by Ernst Dernburg in the 1941 film Friedemann Bach.

In Dresden on 20 August 1719, Augustus married Archduchess Maria Josepha of Austria, the eldest child of Joseph I, the Holy Roman Emperor. They had sixteen children:[2][3]

In 1733, the composer Johann Sebastian Bach dedicated the Mass for the Dresden court (Kyrie and Gloria of what would later become his Mass in B Minor) to Augustus in honor of his succession to the Saxon electorate, with the hope of appointment as Court Composer, a title Bach received three years later.[7] Bach's title of 'Koeniglicher Pohlnischer Hoff Compositeur' ('Royal Polish Court Composer,' and court composer to the Kurfuerst of Saxony) is engraved on the title page of Bach's famous Goldberg Variations. 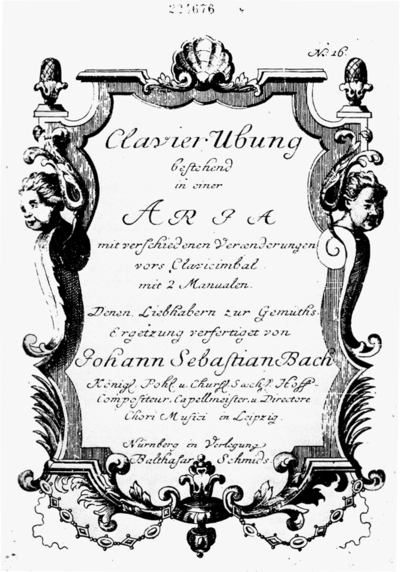