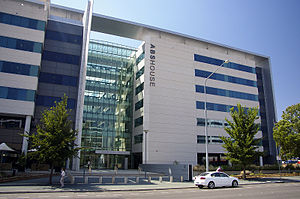 The Australian Bureau of Statistics (ABS) is the statistical agency of the Government of Australia. The ABS provides key statistics on a wide range of economic, environmental and social issues, to assist and encourage informed decision making, research and discussion within governments and the community.

In 1901, statistics were collected by each state for their individual use. While attempts were made to coordinate collections through an annual Conference of Statisticians, it was quickly realised that a National Statistical Office would be required to develop nationally comparable statistics.

The Commonwealth Bureau of Census and Statistics (CBCS) was established under the Census and Statistics Act in 1905. Sir George Knibbs was appointed as the first Commonwealth Statistician. Initially, the Bureau was located in Melbourne and was attached to the Department of Home Affairs. In 1928, the Bureau was relocated to Canberra and in 1932, it moved to the Treasury portfolio.

The ABS mission is to assist and encourage informed decision making, research and discussion within governments and the community, by leading a high quality, objective and responsive national statistical service.[5] The ABS values work in conjunction with the broader Australian Public Service (APS) values[6] and include Integrity, Relevance, Service, Access for All, Trust of Providers and Professionalism.

Census of population and housing

The ABS undertakes the Australian Census of population and housing. The Census is conducted every five years under the authority of the federal Census and Statistics Act 1905.

The last Australian Census was held on 9 August 2011. This was Australia's 16th national census, and marked 100 years of national census taking in Australia. The 2011 census was the largest logistical peacetime operation ever undertaken in Australia, employing over 43,000 field staff to ensure approximately 14.2 million forms were delivered to 9.8 million households.[7]

The census of population and housing is the largest statistical collection undertaken by the ABS and one of the most important. The census aims to accurately measure the number of people and dwellings in Australia on census night, and a range of their key characteristics. This information is used to inform public policy as well as electoral boundaries, infrastructure planning and the provision of community services. Users of Census data include government, the media, not for profit organisations, researchers and academics, among others.

Results from the 2011 census are available on the ABS website.[8] The next Census of Population and Housing is scheduled for August 2016.[9]

The ABS has an extensive work program covering a vast range of topics and releases several hundred publications yearly.

The ABS publishes a suite of monthly and quarterly economic publications that are part of the core of the organisation's work program. These statistics are integral to the functioning of Australia's economy and impact areas such as interest rates, property prices, employment, the value of the Australian dollar, commodity prices and many more areas. These publications include:

Outside of the main economic indicators, the ABS has a number of other major publications covering diverse topics including:

During 2013–14, the ABS continued its focus on building capability in Asia and the Pacific region and leading work in statistical standards and methodology within the global statistical community. ABS executive and senior personnel chaired and actively participated in key international committees and working groups, providing leadership, influencing global standards and assisting regional outcomes.

The ABS also continued its partnership with AusAID to deliver statistical programs for Indonesia and the Pacific region through leadership and technical capability building programs both in country, and by hosting development visits. Over this period, the ABS also hosted international development and study visits from a range of countries including China, Thailand, Canada, Samoa and Singapore.[44]

Since 1975, the head of the ABS has been known as the Australian Statistician. Previously, the office was titled the Commonwealth Statistician.

For official statistics to be best utilised within the community, there needs to be widespread understanding of statistical concepts and their application. The ABS has a number of programs in place to promote statistical literacy from school children up to professionals who may need to analyse data as part of their day-to-day work.[46]

CenusAtSchool was a non-compulsory education project aimed at improving statistical literacy among school students through analysis of real data. It was a free internet based project designed for students in years 5 to 12. Students responded to questions about themselves by completing the online questionnaire. The responses were then released back to teachers and students providing accurate and relevant data for use in supporting activities across the curriculum.[47]

The Australian Bureau of Statistics in partnership with the National Rugby League and Australian Football League, have developed a program that uses football to improve the statistical literacy of young Australians. The Footy Stats program provides a fun and interactive introduction to the world of statistics. The program involves kids participating in a range of footy activities while learning how to collect, analyse, interpret and communicate basic statistical concepts with the guidance of their teacher.[48]

The Education Services program, including Census At School and Sports Stats, concluded in August 2014.

The ABS provides training on a range of topics to develop skills for high quality statistical collections and analysis within the wider community. These include courses on running your own survey, understanding time series data and principles of questionnaire design. These can be booked on the ABS website.

The ABS maintains a social media presence on Facebook [49] and Twitter [50] with the aim of increasing the accessibility of official statistics while engaging with the Australian community. The organisation also has a number of other online initiatives, outlined below.

Run That Town is a strategy game that uses real ABS data to illustrate the practical application of statistics to decision making within the community. Since May 2013, it has been downloaded over 70,000 times and has won numerous awards including in the Australian Mobile Awards, Epica Awards, Favourite Website Awards and the Interactive Advertising Bureau Awards.[51] It is available for free download from the Apple App store.

The ABS mobile application has four sections: Key economic indicators, Census data, Real-time population clock, and About the ABS. It includes census data and map viewing by federal electoral divisions as well as access to the full ABS website. It is available for free download from the Apple App store.

Spotlight is an interactive application on the ABS website that takes some of the data from the 2011 census and turns it into an interactive movie to show the interesting things that the census captures about Australia's people and population. Spotlight can be used to create a personal infographic that can be shared with friends.

Other interactive innovations from the ABS include the animated Population Pyramid - Australia showing change in the population distribution over time and the Consumer Price Index Inflation Calculator which shows the purchasing power of an amount of money between two chosen dates.