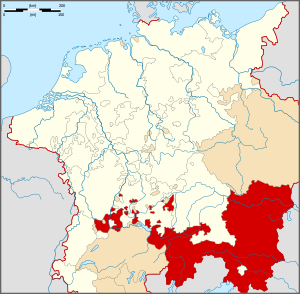 The Austrian Circle as at the beginning of the 16th century

The Austrian Circle (German: Österreichischer Reichskreis) was an Imperial Circle of the Holy Roman Empire. It was one of the four Imperial Circles created in 1512, 12 years after the original Reichsreform created six Circles.

The Austrian Circle was largely coterminous with the Erblande ("Hereditary Lands") of the Habsburg family and roughly corresponds to present-day Austria (except for Salzburg), Slovenia and the Trentino-Alto Adige/Südtirol region of Northern Italy. 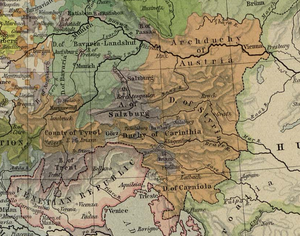