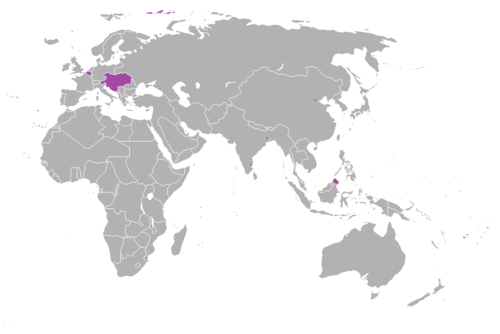 Austro-Hungarian colonies and concessions throughout history.

From the 17th century through to the 19th century, the Habsburg Monarchy, Austrian Empire, and Austro-Hungarian Empire attempted to profit from colonial trade and to establish their own colonies abroad.

Due to pressures by the other European colonial powers and a monarchy that could not afford full support, all attempts eventually failed. Technically, however, the Austrians had the largest colonial empire at the time Emperor Charles V was the crown of both the Spanish Empire and Holy Roman Empire. Austria, being one of the Holy Roman Empire states, received funds from the spoils of the Spanish colonization of the Americas.

Ostend Company was a merchants' company made to trade with the East Indies, chartered by 1722 in the Austrian Netherlands. International political pressures had ended its extraordinary growth and in 1727 the charter was suspended, leading to the company being dissolved within a few years.

Colonization of the Nicobar Islands was a short-lived and unsuccessful attempted colony on the archipelago in the eastern Indian Ocean. The colony was established in 1778. This had previously been a Danish colony, and Austria established it after Denmark had abandoned the islands, although not its claim. By 1783, due to a lack of support from the Habsburg Monarchy, the last colonists left. 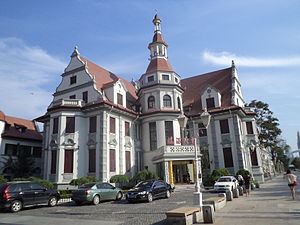 Yuan's Mansion in the Austro-Hungarian Concession was built in 1918. But Yuan Shih-kai never lived here.

During the Boxer rebellion and its aftermath 1899-1901, Austria-Hungary participated in the Eight-Nation Alliance and helped in suppressing the rising. However, Austria sent by far the smallest force of any of the combatant nation. Only one warship and a force of only 75 marines were dispatched

Even so, on 7 September 1901, Austria gained a concession zone in Tianjin as part of the reward for its contribution to the Allies. The Austrian concession zone was 150 acres (0.61 km2) in area, slightly larger than the Italian, but smaller than the Belgian zone. The self-contained concession had its own prison, school, barracks and hospital. It also contained the Austro-Hungarian consulate and its citizens were under Austrian, not Chinese, rule. If they committed a crime on Chinese soil, they could be tried in their own courts.

Though it was provided with a small garrison, Austria proved unable, due to World War I, to maintain control of its concession. The concession zone was swiftly occupied by China at the Chinese declaration of war on the Central Powers and on 14 August 1917 the lease was terminated, (along with that of the larger German concession in the same city). Austria finally abandoned all claim to it on 10 September 1919. Hungary made a similar recognition in 1920.

However, despite its relatively short life-span of 16 years, the Austrians left their mark on that area of the city, as can be seen in the Austrian architecture that still stands in the city.

Due to the lack of support by the government, Austria-Hungary didn't attempt to obtain any later colonies, including the Scramble for Africa by other European monarchies. Individual actions and expeditions didn't change this state of affairs.

In 1873, an Austrian expedition was sent to the North pole and discovered an arctic archipelago, naming it Franz Josef Land after the Emperor. It was not habitable, and no other country formally claimed it until the Soviet Union annexed the islands in 1926.

A trader based in Hong-Kong sold his rights to North Borneo (present day Sabah) to Baron von Overbeck, the Consul of Austria-Hungary in Hong Kong. He received a 10-year renewal of the lease from the Temenggong of Brunei, and a similar treaty from the Sultan of Sultanate of Sulu on 22 January 1878. To finance his development plans there, Overbeck acquired financial backing from the British Dent Brothers. However, he was unable to get investments from Austria-Hungary for the territory. After attempts to sell it to Italy for use as a penal colony failed, Overbeck left in 1880, leaving Alfred Dent in control.

In 1885, despite Austria-Hungary not being a colonial power, it was invited to the Berlin conference to regulate colonial policy among the powers of Europe. The Austro-Hungarian Empire was still viewed as a major European power.