Aveley is a small town within the Thurrock unitary authority in Essex, England and one of the traditional (Church of England) parishes in Thurrock. It is a suburban development located 16.3 miles (26.2 km) east of Charing Cross in London and within the eastern bounds of the M25 motorway.

Aveley is roughly bounded to the north and west by the London Borough of Havering, to the south by the A13 road and to the east by the M25 motorway.

John Newton, the author of Amazing Grace, lived in Aveley which was the home of his father's second wife.[4]

After the Second World War the population grew rapidly as the area absorbed some of the London overspill.

The parish church (St. Michael's) is a Grade 1 listed building that was built in the 12th century.[5] It contains the 14th century memorial brass of Radulphus de Knevynton which is echoed in the arms of the Thurrock unitary authority. The church was declared unsafe in the 19th century, with the recommendation that it should be pulled down. However, the parishioners raised £1,000 and saved the structure.[6] 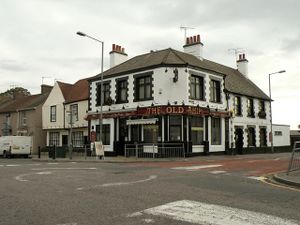 The Old Ship public house at 58 High Street is on the Campaign for Real Ale's National Inventory of Historic Pub Interiors.[7]

According to Thurrock Council in 2001 the ward of Aveley and Uplands had a population of 8,381 people.

Aveley is the home of two non-League football clubs; Aveley, who play at the Mill Field and Thurrock who play at Ship Lane.

Belhus golf course is located in Aveley near the site of the former Belhus Mansion. Much of the remaining land from Belhus forms the Belhus Woods Country Park.