From Infogalactic: the planetary knowledge core
Jump to: navigation, search
This article is about the French department. For other uses, see Aveyron (disambiguation).

Aveyron (French pronunciation: ​[avɛʁɔ̃]; Occitan: Avairon [avajˈɾu]) is a department located in the north of the Languedoc-Roussillon-Midi-Pyrénées region of southern France named after the Aveyron River.

Aveyron is the centre of a triangle formed by the cities of Toulouse, Clermont-Ferrand, and Montpellier. The department approximately follows the outline of the former province of Rouergue. It is the 5th largest department in metropolitan France in terms of area (8,735 km2 (3,373 sq mi)). Its prefecture is Rodez.

The department comes under the jurisdiction of the Academy of Toulouse and the Montpellier Court of Appeal. The INSEE and Post Code is 12.

Aveyron is located in the south of the Massif Central. The highest point in the department is the summit of Le Signal de Mailhebiau at 1469m on the Plateau of Aubrac. The Aveyron department is divided into several natural regions such as the Grand Causses and Rougiers.

The department is surrounded by the departments of Tarn, Tarn-et-Garonne, Lot, Hérault, Gard, Lozère, and Cantal.

The Lac de Villefranche-de-Panat is used as a reservoir to provide drinking water supplies for the region. 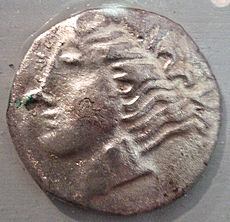 Aveyron is one of the original 83 departments created during the French Revolution on 4 March 1790.

The first known historical inhabitants of the region were the Rutenii tribe, but the area was inhabited previously to this, boasting many prehistoric ruins including over 1,000 Dolmens - more than any other department in France.

During the medieval and early modern periods, and until the 1790s, the territory covered by Aveyron was a province known as Rouergue.

In 1797, Victor of Aveyron (the Feral child of Aveyron) was found wandering the woods in the area. The story of Victor is told in the film The Wild Child. 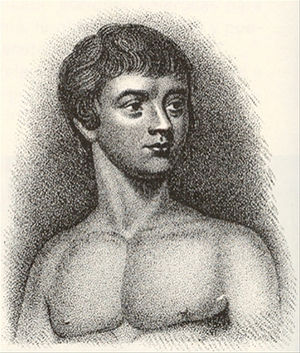 In 1817, a local prosecutor Antoine Bernardin Fualdès was assassinated. The sordid circumstances of his death, following which his body was found floating in the Aveyron River, led to the matter becoming publicised as a cause célèbre. Recent studies have indicated that he met his end at the initiative of a right wing royalist organisation known as the Chevaliers de la Foi (Knights of the Faith).

In 2010, the department had 276,805 inhabitants. The evolution of the number of inhabitants is known through the population censuses conducted in the department since 1793. From the 21st century, a census of municipalities with fewer than 10,000 inhabitants is held every five years, unlike larger towns that have a sample survey every year.[Note 1]

Sources : Historical data of Aube department on the SPLAF website Ldh/EHESS/Cassini until 1962, INSEE database from 1968 (population without double counting and municipal population from 2006)

According to the general census of the population on 1 January 2008, 17.8% of available housing in the department were second homes.

This table shows the main towns of Aveyron including second homes and occasionally exceed 10% of total housing .

The President of the General Council is Jean-Claude Luche of the Union for a Popular Movement.

The regional sub-dialect spoken in Aveyron is a form of Languedoc Occitan called Rouergat. Faced with the risk of disappearance of the language several associations asked the State and political communities for an ambitious language policy.[4] In Rouergat, Aveyron is written:

Aveyron contains a part of the Cévennes National Park. Well-known tourist attractions are the castle of Najac, a medieval ruin perched high on a hill, and the many beautiful old castles and monasteries such as Conques Abbey, Sylvanès Abbey, Bonneval Abbey and Loc-Dieu Abbey, located near Martiel in a region with many dolmens. The small city of Millau is the site of the world's tallest bridge, the Millau viaduct, opened by President Chirac in December 2004.

Activities include horseriding, fishing, swimming in the Lacs du Lévézou and hiking/camping. The inhabitants are also very good craftsmen, and Aveyron is full of various craft objects, handmade, that can be found locally. Examples include the couteau de Laguiole, the world famous Roquefort cheese, from the village of the same name and other local produce. Markets take place every Saturday on market places around the region.

Saint-Sernin-sur-Rance is the commune where the feral child Victor of Aveyron was found in the late 18th century.

The Most Beautiful Villages of France

Ten towns in Aveyron fall within the classification of a 1901 association Les Plus Beaux Villages de France:

Notable people linked to the department