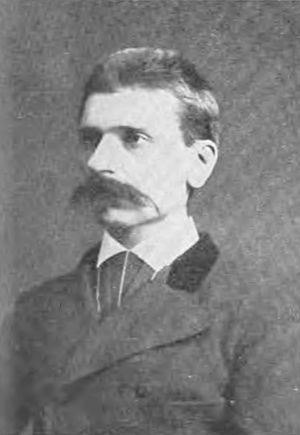 Kállay was born in Budapest. His family derived their name from their estates at Nagykálló, in Szabolcs, and claimed descent from the Balogh Semsen tribe, which colonized the counties of Borsod, Szabolcs, and Szatmár, at the close of the 9th century, when the Magyars conquered Hungary. They played a prominent part in Hungarian history as early as the reign of Coloman of Hungary (1070-1116); and from King Matthias Corvinus (1458-1490) they received their estates at Mezőtúr, near Kecskemét, granted to Michael Kállay for his heroic defence of Jajce in Bosnia.

Stephan von Kallay, Benjamin's father, who was a superior official of the Hungarian Government, died in 1845, and his widow, who survived until 1903, devoted herself to the education of her five-year-old son. Amalie von Kallay née Blašković de Ebetske, was of Serbian descent. She took over the care of Kallay's education and directed his interest to Slavic studies in general and particularly in Serbian history. She spoke Serbian and it is very likely that her son heard some of her reminiscences relating to the country of her ancestors. She engaged an excellent teacher in the person of Mihály Táncsics (also spelled Tančić), a well-known populist tribune and revolutionary writer who was once imprisoned by the Austrians for seditious writings in 1847-48 and again in 1860 (the same Buda jail that Lajos Kossuth was incarcerated from 1837–40).[citation needed] At an early age Kállay manifested a deep interest in politics, and especially in the Eastern Question. He travelled in Russia, European Turkey and Asia Minor, gaining a thorough knowledge of Greek, Turkish and several Slavic languages. He became as proficient in Bosnian as in his native tongue.

In 1867 he entered the Diet of Hungary as Conservative deputy for Mühlbach (Szászsebes); in 1869 he was appointed consul-general at Belgrade; and in 1872 he visited the Vilayet of Bosnia for the first time. His views on Balkan questions strongly influenced Count Andrássy, the Austro-Hungarian minister for foreign affairs. Leaving Belgrade in 1875, he resumed his seat in the Diet, and shortly afterwards founded the journal Kelet Nepe, or People of the East, in which he defended the vigorous policy of Andrássy.

After the Russo-Turkish War of 1878 he went to Plovdiv (modern Bulgaria) as Austro-Hungarian envoy extraordinary on the International Eastern Rumelian Commission. In 1879 he became second, and soon afterwards first, departmental chief at the foreign office in Vienna.

On 4 June 1882 he was appointed Austro-Hungarian ministry of finance and administrator of the Condominium of Bosnia and Herzegovina, and the distinction with which he filled this office, for a period of 21 years, is his chief title of fame.

Kállay was an honorary member of the Budapest and Vienna academies of science, and attained some eminence as a writer. He translated John Stuart Mill's On Liberty into Hungarian, adding an introductory critique; while his version of Galatea, a play by the Greek dramatist Spiridion N. Basiliades (1843-1874), proved successful on the Hungarian stage. His monographs on Serbian history (Geschichte der Serben) was translated into Serbian by Gavrilo Vitković, and on the Oriental ambition of Russia (Die Orientpolitik Russlands) was translated into German by J. H. Schwicker and published at Leipzig in 1878. But, in his own opinion, his masterpiece was an academic oration on the political and geographical position of Hungary as a link between East and West.

In 1873 Kállay married the countess Vilma Bethlen, who bore him two daughters and a son. His popularity in Bosnia was partly due to the tact and personal charm of his wife. He died on 13 July 1903.