Balestrate (Sicilian: Sicciara) is a comune (municipality) in the Province of Palermo in the Italian region Sicily, located about 25 kilometres (16 mi) southwest of Palermo. As of 31 December 2004, it had a population of 5,853 and an area of 3.9 square kilometres (1.5 sq mi).[1]

Located in Western Sicily, on the rail line between Palermo and Trapani, Balestrate is exactly in the center of the Gulf of Castellamare. In previous times it was where much of the grape crop was grown for the island's famous Marsala wine. Today Balestrate's main industry is fishing and tourism. A small town of nearly 6000 most of the year, Balestrate's population swells up to almost 30,000 during the Summer season with vacationing Europeans and Italians from the colder climates seeking the warm water and sun.

The Coat of Arms of Balestrate with its Norman crown, honors "Sicciara," the town’s original name, with the symbol of the cuttlefish (“sicci”) so abundant in its waters. Residents of Balestrate still call themselves "sicciaroti" - the "cuttlefish people" - in honor of the old name.

Spanish King Federico III of Aragon gave the territory of Balestrate to the town of Partinico in 1307. According to local legend, a crossbow (“balestra”) was used to shoot an arrow from the water's edge, its landing point determining the border of the town's environs; and giving its eventual name - Balestrate.

In 1672, a landowner named Rosalia Leto bequeathed uncultivated lands to the locals on condition that they cultivate them. The small town began to take shape, becoming self-governing in 1829. Its development continued to flourish in large part due to the investments of the English winemaking companies of Ingham, Woodhouse, Whittaker and the Palermitan Florio family. In many ways the early fortune of Balestrate was tied in with the rising popularity of sweet Marsala wine. 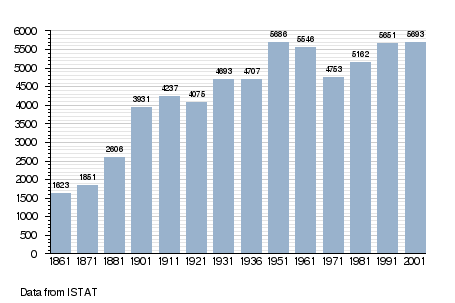