From Infogalactic: the planetary knowledge core
Jump to: navigation, search
Not to be confused with Balfour Declaration of 1917. 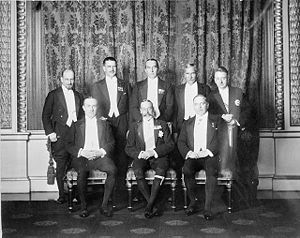 The Balfour Declaration of 1926, issued by the 1926 Imperial Conference of British Empire leaders in London, was named for Lord President of the Council (and former Prime Minister of the United Kingdom) Arthur Balfour. It declared the United Kingdom and the Dominions to be

... autonomous Communities within the British Empire, equal in status, in no way subordinate one to another in any aspect of their domestic or external affairs, though united by a common allegiance to the Crown, and freely associated as members of the British Commonwealth of Nations. ...

The Inter-Imperial Relations Committee, chaired by Balfour, drew up the document preparatory to its unanimous approval by the imperial premiers on 15 November 1926.[1] It was first proposed by South African Prime Minister J. B. M. Hertzog and Canada's Prime Minister at that time, William Lyon Mackenzie King. 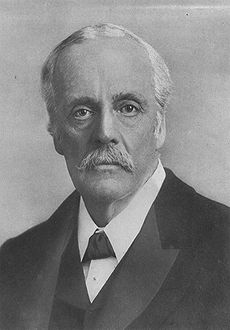 The Declaration accepted the growing political and diplomatic independence of the Dominions, in the years after World War I. It also recommended that the governors-general, the representatives of the King who acted for the Crown as de facto head of state in each dominion, should no longer also serve automatically as the representative of the British government in diplomatic relations between the countries. In following years, High Commissioners were gradually appointed, whose duties were soon recognised to be virtually identical to those of an ambassador.[citation needed] The first such British High Commissioner was appointed to Ottawa in 1928.

The conclusions of the imperial premiers conference of 1926 were restated by the 1930 conference and incorporated in the Statute of Westminster of December 1931, by which the British parliament renounced any legislative authority over dominion affairs, except as specifically provided in law.