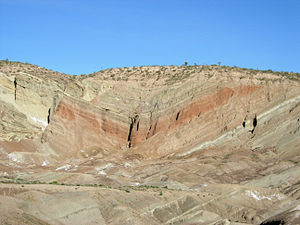 Syncline in the Barstow Formation (Barstovian) in Rainbow Basin near Barstow, California. 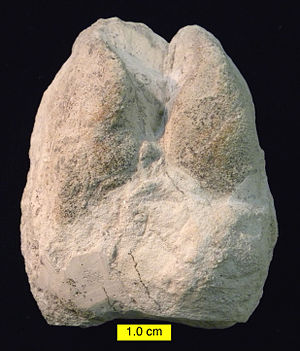 The Barstovian North American Stage on the geologic timescale is the North American faunal stage according to the North American Land Mammal Ages chronology (NALMA), typically set from 16,300,000 to 13,600,000 years BP, a period of 2.7 million years.[1] It is usually considered to overlap the Langhian and Serravallian epochs of the Middle Miocene. The Barstovian is preceded by the Hemingfordian and followed by the Clarendonian NALMA stages.

The Barstovian can be further divided into the substages of: