The naval Battle of Matapan took place on 19 July 1717 off the Cape Matapan, on the coast of the Mani Peninsula in southern Greece, between the combined naval forces of Venice, Portugal, the Papal States and Malta and the Ottoman fleet, under Kapudan Pasha Eğribozlu İbrahim. 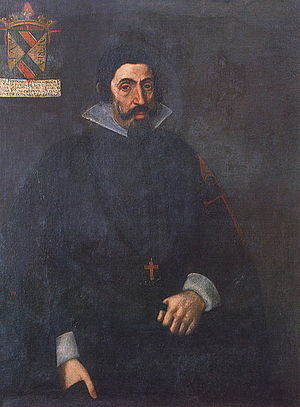 Diedo's[who?] 24 sailing ships met up with Pisani's 24 galleys and Maltese leader Belle Fontaine's 9 Portuguese-Maltese ships near Cape Matapan on 2 July. After trying separately to find an advantageous position with respect to the Ottomans for several weeks, occasionally having to land to find water, the Allied force went to Marathonisi, near the top of the Gulf of Matapan, to water. They had tried to make it to Sapienza but winds were against them and they took the risk of being caught in the gulf.

Despite having the galleys tow the sailing ships south, there were not enough galleys, and the Ottoman fleet, with 30 sailing ships, and 4 galleys, were seen to the south, at the west side of the bay entrance, on 19 July. With a light wind from the SSE, this meant that they had the advantage. Diedo, unable to sail to the west of the Ottoman fleet, decided to sail slowly east, across the bay.

Ibrahim with 6 ships attacked the Rear Division at about 6am, while the rest of his fleet went ahead and attacked the Van and Center. At about 12pm the fleets were approaching the east side of the bay, and shortly after the leading ships turned, the wind turned from the SE, putting the leading Venetian ships to windward of some of the Ottoman fleet for the first time. Taking advantage of this, Diedo attacked them and the tough battle continued. At about 3pm the Ottoman fleet retired, sailing for the Cervi-Cerigo passage, while the Allies sailed for Cape Matapan. Neither side wished to continue the fight.

As a result of the battle, Venetian attempt to recapture Morea was decisively foiled and the Ottoman reconquest of the peninsula was confirmed.

Each Allied state gave their own ships complete credit for any achievements. Some of these accounts are almost totally unreliable due to a variety of reasons—for example, their inclusion of forces which were not actually present for the battle.

Ships of the Line