Bedford /bɛdfᵿd/ is a constituency[n 1] represented in the House of Commons of the UK Parliament since 2010 by Richard Fuller of the Conservative Party.[n 2]

Bedford is a marginal seat between the Labour Party and the Conservatives. The main settlement is Bedford, a well-developed town centre with a considerable amount of social housing relative to Bedfordshire and higher poverty index but on a fast train link to London and other destinations, the town is at the north end of the Thameslink service to Brighton and is not far from Milton Keynes which has a larger economy. The smaller and contiguous town of Kempston is also in the constituency.

The seat was established in its current form in 1997, restoring a centuries-old seat. Following the latest review of parliamentary representation in Bedfordshire, the Boundary Commission for England made only minor changes to each of the existing constituencies.

The seat is made up of the following electoral wards of the Borough of Bedford:

Bedford was first represented in the Model Parliament of 1295. The constituency was originally a parliamentary borough electing two members of parliament (MPs) to the House of Commons, and consisted of the five parishes making up the town of Bedford.

Before the Reform Act of 1832, the right to vote was exercised by all freemen and burgesses of the town (whether or not they lived within the borough boundaries) and by all householders who were not receiving alms. This was a fairly wide franchise for the period, but potentially subject to abuse since the Corporation of the borough had unlimited power to create freemen. The Corporation was usually under the influence of the Dukes of Bedford, but their influence usually fell well short of making Bedford a pocket borough.

In 1768 a majority of the corporation apparently fell out with the then Duke, and decided to free the borough from his influence. They elected a Huntingdonshire squire,[n 3] Sir Robert Bernard, as Recorder of the borough, and made 500 new freemen, mostly Bernard's Huntingdonshire neighbours or tenants. As there were only 540 householders, this gave him the effective power to choose Bedford's MPs; at the next election the defeated candidates petitioned against the result, attempting to establish that so many non-residents should not be allowed to vote, but the Commons dismissed the petition and confirmed the right of all the freemen, however created, to vote.

Bernard cemented his control with the creation of hundreds of further freemen in the next few years; at around the same period he lent the Corporation £950, and it is not unreasonable to assume this was payment for services rendered. However, in 1789, the young Duke of Bedford managed to regain the Corporation's loyalty, and had 350 of his own retainers made freeman.

Even at other periods, the influence of the Dukes of Bedford seems sometimes to have been more nominal than real. In the 1750s and 1760s, before Bernard's intervention, there was generally an amicable agreement that the Duke should nominate one MP and the Corporation (representing the interests of the town) the other; but it seems that on occasion the Duke had to be flexible to retain the semblance of local deference towards him, and that his "nominee" had in reality been imposed upon him. Nor was the outcome invariably successfully predetermined: at the 1830 election the result was decided by a single vote – the defeated candidate being Lord John Russell, who was not only one of the Whig leaders but The Duke of Bedford's son.

In 1831, the population of the borough was 6,959, and contained 1,491 houses. This was sufficient for Bedford to retain both its MPs under the Great Reform Act, with its boundaries unaltered. The reformed franchise introduced in 1832 gave the borough 1,572 inhabitants qualified to vote. The town was growing, and Bedford retained its borough status until the 1918 election, although under the Redistribution of Seats Act, 1885, its representation was reduced to a single member. On the eve of the First World War its population was just under 40,000, of whom 6,500 could vote.

In 1918 the borough was abolished, but town's name was applied to the county constituency into which it was placed. The new constituency (strictly speaking The Bedford division of Bedfordshire) covered the northern end of the county and included Kempston and Eaton Socon together with the surrounding rural area. A boundary change which came into effect at the 1950 election reduced its size somewhat, part of the Bedford Rural District including Eaton Socon being transferred to the Mid Bedfordshire constituency.

In 1983, further boundary changes took Kempston out of the constituency, and its name was changed to North Bedfordshire, although it was recognisably still the same constituency and Bedford itself was still much its largest component. The following boundary review, effective from the 1997 general election, restored the Bedford name.

In the latest boundary changes, the constituency lost all the rural settlements and villages to the Mid Bedfordshire and North East Bedfordshire constituencies. This means that the Bedford Constituency is now solely formed from the towns of Bedford and Kempston.

Parliaments of King Edward I

Parliaments of Queen Mary I

Parliaments of Queen Elizabeth I

Parliaments of King James I

Parliaments of King Charles I

Parliaments of the Protectorate

Another General Election was required to take place before the end of 1915. The political parties had been making preparations for an election to take place and by the July 1914, the following candidates had been selected; 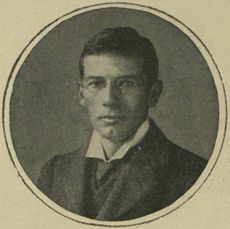