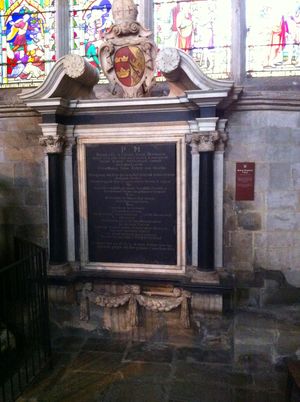 Born in Ipswich, Lany was a student at Christ's College, Cambridge.[1] He became a Fellow of Pembroke Hall, Cambridge in 1616, and was Master of Pembroke from 1630. He was Vice-Chancellor of the University of Cambridge in 1632. During the First English Civil War a visitation to the University on behalf of Parliament, in 1643 and led by Edward Montagu, 2nd Earl of Manchester, with Simeon Ashe and William Goode, saw Lany deprived of his position. He went into exile with the future Charles II of England.[2][3]