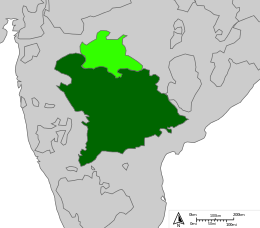 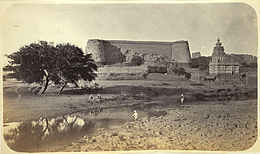 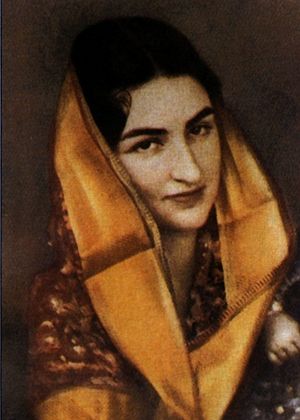 Princess Durru Shehvar held the title of 'Princess of Berar'.

Berar Province (Marathi: वर्‍हाड "Varhad"), known also as the Hyderabad Assigned Districts, was a province of British India. The province, formerly ruled by the Nizam of Hyderabad, was administered by the British after 1853, although the Nizam retained formal sovereignty over the province. After October 1, 1903 the administration of the province was placed under the commissioner-general for the Central Provinces as the Berar Division. In 1936 with the establishment of the legislative assembly of the 'Central Provinces and Berar' the territory was renamed the Central Provinces and Berar.

Berar had a population of 2,672,673 in 1881, of mostly Marathi language speakers. The total area of the territory was 113,281 square miles (293,400 km2). It is now part of Maharashtra state, and where it is forms part of Vidarbha region. The boundaries of Berar have changed historically, but the British province corresponds to Maharashtra's Amravati Division.

Before the Mughal occupation, Berar was part of the Nizam Shahi sultanate of Ahmadnagar. It was ceded to the emperor Akbar by Chand Bibi in 1596, unable to stand against the imperial forces led by prince Mirza Murad. After this initial victory Prince Mirza Murad settled in Berar with Balapur as his headquarters. Near Balapur he founded a new city named Shahpur and constructed a beautiful palace for himself. As his relationship was deteriorating with Abdur Rahim Khan-i-Khanan, the commander of the army, Akbar recalled Khan-i-Khanan and sent his trusted friend Abul Fazl to help him. Mirza Murad died in 1598. After his death, Prince Daniel was given the charge as governor of Berar, Ahmadnagar and Khandesh, Khan-i- Khanan was sent along with Mirza Daniel. Akbar died in 1605.

In 1611, the southern provinces of Ahmadnagar, Berar and Khandesh defied Mughal sovereignty under Malik Ambar. Jahangir sent Man Singh and others to crush the revolt. Man Singh died a natural death on 6 July 1614 at Ellichpur. During Jahangir’s rule, Malik Ambar till his death in 1626 recovered a substantial part of the Deccan from the Mughals including Berar. In 1628, the first year of reign of Shah Jahan(MirzaKhurram), Berar again came under the Mughal sway.

In 1636, the Mughal possessions in Dakhin (Deccan) were divided into 4 Subahs. Berar Subah was one of them with Ellichpur as its capital and Gavilgad as its main fort. Aurangzeb was appointed viceroy of four Deccan Subahs for the first time and he occupied the post for eight years (till 1644). He was again appointed viceroy for the second time in 1653 and he remained in that post till 1657[3]. During Aurangzeb’s reign Mirza Azam was appointed on Berar,then Amir Qamruddin Nizam(I)voiceroy of Berar, Berar was successively overrun by the Mughals after mughals appointed the Maratha senapati Sawai Shri Shriman Santaji Bhonsle SEENA SAHIBE-E-SUBAH because SANTAJI Was the father in law of Mirza Bedarbakht son of Mirza Azam and grand son of Aurangzeb Alamgeer the maratha mughal then appointed Maratha rulers Shambhaji in 1680 and Rajaram in 1698. In 1720, Maratha Peshwa Balaji Vishwanath obtained the grant of the right to collect chauth and sardeshmukhi from Berar from the Mughal emperor.

In 1724 the Nizam-ul-Mulk Asif Jah established the independent line of the Nizams of Hyderabad, and thenceforth the latter claimed to be de jure sovereigns of Berar, with exception of certain districts (Mehkar, Umarkhed, etc.) ceded to the Maratha Peshwa in 1760 and 1795. The claim was contested by the Maratha Bhonsla rajas of Nagpur, and for more than half a century the country was devastated by wars between the two.

This condition of things was ended by Wellesley's victories at Assaye and Argaon (1803), which forced the Bhonsla raja to cede his territories south of Gawilgarh and Narnala fort and east of Wardha river. The forts of Gavilgad and Narnala remained subject to Bhosale raja of Nagpur.

By the partition treaty of Hyderabad (1804) between Nizam and British, these ceded territories in Berar were transferred in perpetual sovereignty to the Nizam, together with some tracts about Sindkhed and Jalna which had been held by Sindhia. By a treaty of 1822, which extinguished the Maratha right to levy tribute (chauth), the Wardha River was fixed as the eastern boundary of Berar, the Melghat and adjoining districts in the plains being assigned to the Nizam in exchange for the districts east of the Wardha held by the Peshwa.

Though Berar was no longer oppressed by its Maratha taskmasters nor harried by Pindari and Bhil raiders, it remained long a prey to the turbulent elements let loose by the sudden cessation of the wars. From time to time bands of soldiers, whom the government was powerless to control, scoured the country, and rebellion succeeded rebellion till 1859, when the last fight against open rebels took place at Chichamba near Risod.

Meanwhile the misery of the country was increased by the reckless raising of loans by the Nizam's government and the pledging of the revenues to a succession of great farmers-general.

At last the British government intervened, and in 1853 a new treaty was signed with the Nizam, under which the Hyderabad contingent was to be maintained by the British government, while for the pay of this force and in satisfaction of other claims, certain districts were assigned to the British East India Company. It was these "Hyderabad Assigned Districts" which were popularly supposed to form the province of Berar, though they coincided in extent neither with the Berar of the Nizams nor with the old Mughal province. In 1860, by a new treaty which modified in the Nizam's favor that of 1853, it was agreed that Berar should be held in trust by the British government for the purposes specified in the treaty of 1853.

Under British control Berar rapidly recovered its prosperity. Thousands of Marathi farmers who had emigrated across the Wardha to the Peshwas dominions, in order to escape the ruinous fiscal system of the Nizam's government, now returned; the American Civil War gave an immense stimulus to the cotton trade; the laying of a railway line across the province provided yet further employment, and the people rapidly became prosperous and contented.

Yet building Berar's prosperity on cotton also came with a price. In the famine of 1900, for example, nearly 8.5% of the population died, "with the greatest number of deaths," according to the historian Sven Beckert, "occurring in districts most specialized in cotton production."[1]

Berar consisted of one Division with Commissioner and six districts viz. Amraoti, Ellichpur, Wun, Akola, Buldana and Bashim in 1905. It was rearranged into four district of Amraoti, Yeotmal, Akola and Buldhana. In 1869 municipal administrations were introduced at Amraoti, Akola, Ellichpur, Basim, Yavatmal, Khamgaon. Later Shegaon (1881), Akot (1884) and four more by 1904 became municipal towns.[5]