Joh. Berenberg, Gossler & Co., commonly known as Berenberg Bank and branded as Berenberg, is a Hamburg-based multinational investment banking and private banking company, founded by the Belgian-origined Berenberg family in 1590. It is the world's second oldest bank in continuous operation and the oldest merchant bank. Its owners belonged to the ruling elite of Hanseatic merchants of the city-republic of Hamburg and several family members served in the city-state's government from 1735.[1][2][3]

Berenberg is active in all areas of investment banking in addition to private banking for wealthy customers and institutional asset management, and is one of the most widely cited European securities research firms. Berenberg has around 1,250 employees and offices in Hamburg, London, Frankfurt, Zurich, Geneva, Luxembourg, Paris, New York, Boston, San Francisco, Chicago, Vienna, Shanghai and other cities. The bank is organized as a limited partnership with personally liable partners, and is noted for its conservative business strategy. Following the 2000s financial crisis, the bank has grown rapidly.[4] 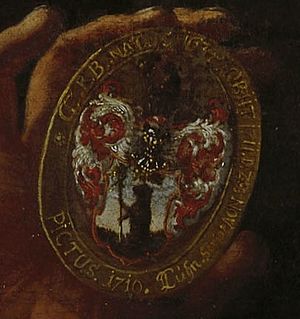 Coat of arms of the Berenberg family (detail, 1710)

The Berenberg Company was founded in Hamburg in 1590 by the brothers Hans (1561–1626) and Paul Berenberg (1566–1645). In 1585, the Protestant Berenbergs left Antwerp in today's Belgium, at the time one of Europe's commercial centres, as Protestants in the Low Countries were given the choice either to convert to Catholicism or leave the country. The bank has been continuously owned by their descendants ever since. 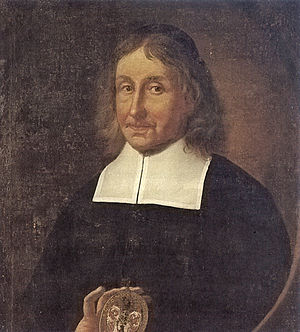 The Berenbergs were originally cloth merchants and quickly extended their business to other commodities. Hans Berenberg's grandson Cornelius Berenberg (1634–1711) was the first to engage in merchant banking and developed the company into a very successful merchant house and merchant bank. He forged trade links with France, Spain, Portugal, Italy, Scandinavia and Russia. Family connections of the Berenbergs were instrumental to the development, especially in Livorno and Lisbon with their colonies of wealthy Dutch merchants.

Cornelius Berenberg's son, Rudolf Berenberg (1680–1746), was elected a Senator, that is, a member of the government of the city-state, in 1735. By the mid 18th century, investment banking and acceptance credits comprised a significant part of the firm's activities. Rudolf Berenberg was married to Anna Elisabeth Amsinck (1690–1748), a daughter of the Lisbon and Hamburg merchant Paul Amsinck (1649–1706) and a descendant of the Welser family. Their sons, Senator Paul Berenberg (1716–1768) and Johann Berenberg (1718–1772), became owners of the Berenberg company.

In 1768 Senator Paul Berenberg died childless, while his brother Johann Berenberg lost his only son in the same year. To ensure the continuation of the firm, Johann Berenberg took on his son-in-law Johann Hinrich Gossler (1738–90) as a new partner in 1769. Gossler was the scion of an ancient Hamburg family and had married Berenberg's only daughter Elisabeth Berenberg (1749–1822) the previous year. Elisabeth Berenberg was the last member of the Hamburg Berenberg family, which became extinct in the male line upon her death in 1822. Johann Hinrich Gossler and Elisabeth Berenberg have descendants in Germany and Norway named Gossler, von Berenberg-Gossler, Seyler, von Hosstrup, Pinckernelle, Burchard, Wegner, Amsinck, Paus, Kaemmerer and von Bernstorff, among other names.

In 1788 Johann Hinrich Gossler took on a new partner, his son-in-law L.E. Seyler (1758–1836) (the son of the Swiss-born theatre director Abel Seyler), who had married his eldest daughter Anna Henriette Gossler (1771–1836). From 1790, the company was led by L.E. Seyler, and his mother-in-law Elisabeth Berenberg was a partner in her own right from 1790 to 1800. L.E. Seyler was one of Hamburg's foremost merchants in his lifetime, and served as President of the Commerz-Deputation and as a member of the Hamburg Parliament. Seyler's brother-in-law Johann Heinrich Gossler (1775–1842) joined the firm in 1798 and became a Hamburg senator in 1821. Under Seyler's leadership, the company name was changed to Joh. Berenberg, Gossler & Co. effective from 1 January 1791. In the company name, Joh. Berenberg refers to Johann Berenberg (1718–1772), Gossler refers to Johann Hinrich Gossler and Co. originally refers to L.E. Seyler. 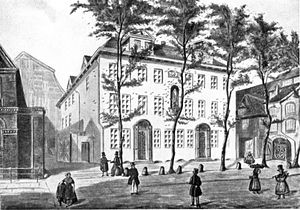 Mortzenhaus, the company's seat from 1788

In the 19th century, the bank financed the industrialisation process in Hamburg and transportation activities, and was strongly involved in the North American trade and its finance. The company was (together with the merchant house H.J. Merck & Co.) one of the main founders of Germany's largest shipping companies, the Hamburg America Line (HAPAG) in 1847 and Norddeutscher Lloyd in 1857. They were also one of the main founders of Vereinsbank Hamburg (now the HypoVereinsbank) (1857), the Ilseder Hütte ironworks (1858), and the Norddeutsche Versicherungs AG (1857). The houses of Berenberg-Gossler, H.J. Merck and Salomon Heine were also the main founders of the Norddeutsche Bank in 1856, the first joint-stock bank in northern Germany and one of the predecessors of Deutsche Bank.[7] Furthermore, Berenberg Bank was among the founding shareholders of Bergens Privatbank (1855), the Hongkong and Shanghai Banking Corporation (1865), Den Danske Landmandsbank (1871) and Svenska Handelsbanken (1871).[8]

The Berenberg family and company had branches in Portugal, Italy and London from the 17th century. A branch of the Berenberg family also established the London firm Meyer & Berenberg in the 17th century and were among London's prominent West Indies merchants. In recent years Berenberg's London office in Threadneedle Street has grown rapidly to become Berenberg's second largest office, focusing on investment banking and private banking for the ultra wealthy.[9] 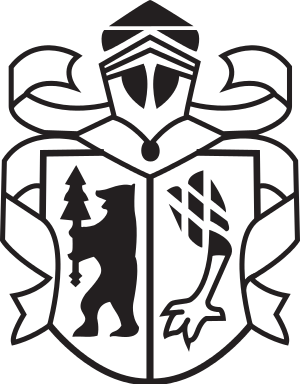 The company's logo is a stylized version of the combined coat of arms of the Berenberg and Gossler families, featuring the Berenberg bear (adopted in the 16th century in Belgium) and the Gossler goose foot (adopted in 1773 by Johann Hinrich Gossler).

The bank is active in the following business segments:

The Berenberg Bank Stiftung is a philanthropic foundation founded in 1990 on the occasion of the 400th anniversary of the establishment of Berenberg Bank. The chairman of the board is Joachim von Berenberg-Consbruch. The foundation awards several prizes, including the Berenberg Culture Prize to younger artists and the Berenberg Scholarships to individual artists and groups. From 2009, the Universitäts-Gesellschaft Hamburg has awarded the Berenberg Prize for Scientific Language, that promotes German as a scientific language.[11]

The ownership structure is as follows: