Bernardo de Gálvez y Madrid, Viscount of Galveston and Count of Gálvez (Macharaviaya, Málaga, Spain July 23, 1746 – November 30, 1786) was a Spanish military leader and colonial administrator who served as colonial governor of Louisiana and Cuba, and later as Viceroy of New Spain.

Gálvez aided the American Thirteen Colonies in their quest for independence and led Spanish forces against Britain in the Revolutionary War, defeating the British at the Siege of Pensacola (1781) and reconquering Florida for Spain. He spent the last two years of his life as Viceroy of New Spain, succeeding his father Matías de Gálvez y Gallardo. The city of Galveston, Texas, was named for him.

Gálvez was born in Macharaviaya, a mountain village in the province of Málaga, Spain, on July 23, 1746. He studied military sciences at the Academia de Ávila and at the age of 16 participated in the Spanish invasion of Portugal, which stalled after the Spanish had captured Almeida. During the conflict he was promoted to lieutenant. He arrived in Mexico, which was then part of New Spain, in 1762. As a captain, he fought the Apaches, with his Opata Indian allies. He received many wounds, several of them serious. In 1770, he was promoted to commandant of arms of Nueva Vizcaya and Sonora, northern provinces of New Spain.

In 1772, he returned to Spain in the company of his uncle, José de Gálvez. Later, he was sent to Pau, France, with the Cantabria regiment. There, he learned to speak French, which served him well when he became governor of Louisiana. He was transferred to Seville in 1775, and then he participated in the disastrous expedition of O'Reilly to Algiers. Gálvez himself was seriously wounded. After capturing the fortress that guarded the city, he was promoted to lieutenant colonel. He then became a professor at the military academy of Ávila.

In 1777, he was sent to Louisiana, as a colonel and interim governor of the province. This was the vast territory that later became the object of the Louisiana Purchase. It had been ceded by France to Spain in 1763, ostensibly as compensation for the loss of Florida to Britain, when Spain was urged late in the Seven Years' War to enter into battle on the French side. In 1779, he was promoted to brigadier.

In 1777, he married Marie Felice de Saint-Maxent d'Estrehan, a young widow whose first husband was a son of Jean Baptiste d'Estrehan. They had three children, Miguel, Matilde, and Guadalupe.

He practiced an anti-British policy as governor, taking measures against British smuggling and promoting trade with France. He also established free trade with Cuba and Yucatán. He founded Galvez Town, in 1779, and promoted colonization of Nueva Iberia.

Galvez Street in New Orleans is named for him. 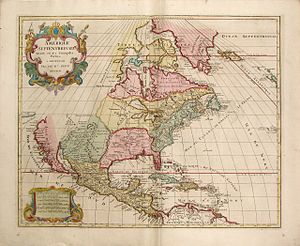 Under Royal Order from Charles III of Spain, Gálvez continued the smuggling operations to supply the American rebels early in 1777. The British blockaded the colonial ports of the Thirteen Colonies, and the route from New Orleans up the Mississippi River was an effective alternative. Gálvez worked with Oliver Pollock, an American patriot, shipping gunpowder, muskets, uniforms, medicine, and other supplies.

Gálvez let an American force through New Orleans before Spain joined the cause. Gálvez was sent to Florida by New Spain Viceroy Martín de Mayorga, at the head of an expedition of colonial troops to aid American colonists in their rebellion against Great Britain. Spain's motive was the chance to recover territories lost to the British, particularly Florida, and to remove the ongoing British threat.

On June 21, 1779, Spain declared war on Great Britain. On June 25, 1779, a letter from London marked secret and confidential, went to General John Campbell of Strachur at Pensacola from King George III and Lord George Germain. General John Campbell was instructed that it was the object of greatest importance to organize an attack upon New Orleans. If General John Campbell thought it was possible to reduce the Spanish fort at New Orleans, he was ordered to proceed immediately to make preparations. These preparations included: (1) secure from Vice-Admiral Sir Peter Parker as many armed vessels as could be spared from Jamaica, (2) collect all forces which could be drawn together in the province, (3) take as many faithful Indians as the Superintendent could supply, (4) draw on the Lords Commissioners of the Treasury for all expenses. 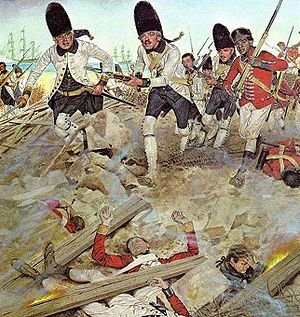 As an unfortunate twist of fate for General John Campbell, upon which his whole career was decided, this secret communication fell into the hands of Governor Gálvez. After reading the communication from King George III and Germain, Gálvez, Governor of Louisiana, swiftly and secretly organized Louisiana and New Orleans for war.

Gálvez carried out a masterful military campaign and defeated the British colonial forces at Manchac, Baton Rouge, and Natchez in 1779. The Battle of Baton Rouge on September 21, 1779, freed the lower Mississippi Valley of British forces and relieved the threat to the capital of Louisiana, New Orleans. In 1780, he recaptured Mobile from the British at the Battle of Fort Charlotte.

His most important military victory over the British forces occurred May 9, 1781, when he attacked and took by land and by sea Pensacola, the British (and formerly, Spanish) capital of West Florida from General John Campbell of Strachur. The loss of Mobile and Pensacola left the British with no bases along the Gulf coast. In 1782, forces under Gálvez's overall command captured the British naval base at New Providence in the Bahamas. He was angry that the operation had gone ahead without his permission and arranged for the commander of the expedition Juan de Cagigal to be imprisoned.

He received many honors from Spain for his military victories against the British, including promotion to lieutenant general and field marshal, governor and captain general of Louisiana and Florida (now separated from Cuba), the command of the Spanish expeditionary army in America, and the titles of viscount of Gálveztown and count of Gálvez.

The American Revolutionary War ended while Gálvez was preparing a new campaign to take Jamaica.

The importance of Gálvez's campaign from the American perspective was that he denied the British the opportunity of encircling the American rebels from the south, and kept open a vital conduit for supplies. Gálvez also assisted the American revolutionaries with supplies and soldiers, much of it through Oliver Pollock.

Gálvez, who saw it convenient for France and Spain to advance the cause of the American revolutionaries, was among those who drafted the terms of the Peace of Paris (1783) that ended the war. By that treaty Spain officially regained East and West Florida from the British.

In recognition of his work and help to the American cause, George Washington took him to his right in the parade of July 4 and the American Congress recognized Gálvez for his aid during the Revolution.

Gálvez returned to Spain, in 1783, and fought in the campaign in the Netherlands. The following year he was sent back to the Indies, this time as governor and captain-general of Cuba. Shortly after he arrived in Havana, his father, Matías de Gálvez y Gallardo (then the viceroy of New Spain), died in November of 1784. Bernardo de Gálvez was named to fill the position. He arrived in Vera Cruz, on May 26, 1785, and made his formal entry into Mexico City in June.

During his administration two great calamities occurred, the freeze of August 27, 1785, which led to famine, and the plague of 1786. During the famine, he donated 12,000 pesos of his inheritance and 100,000 pesos he raised from other sources to buy maize and beans for the populace. He also took measures to increase agricultural production in the future.

He reconstructed Chapultepec Castle, which had been unoccupied. He began the installation of street lights in Mexico City, and the construction of the towers of the cathedral. He continued work on the highway to Acapulco, and he took measures to reduce the abuse of Indian labor on the project. He dedicated 16% of the income from the lottery and other games of chance to charity.

He promoted science in the colony by sponsoring the expedition of Martín Sessé y Lacasta. This expedition sent to Spain a comprehensive catalog of the diverse species of plants, birds, and fish found in New Spain.

On one occasion, when the viceroy was going on horseback to meet with the Audiencia (according to his own report), he encountered a party of soldiers escorting three criminals to the gallows. He suspended the hanging, and later had the criminals freed.

According to legend he was simple, amiable, gallant, and frank. He traveled about the city in an open, two-horse carriage, attended bullfights, pilgrimages, and public fiestas, and was generally greeted with applause. The Audiencia, however, did not have such a favorable view of the viceroy. They were suspicious of Gálvez's popularity, fearing that he would follow the American example and declare New Spain's independence. The Audiencia communicated these suspicions to Madrid, and were helped by Gálvez's good opinion of the American leadership. The Crown severely rebuked Gálvez. He was said to have become melancholy and unsociable.

Then, he became ill and was confined to his bed. On November 8, 1786, he turned over all his governmental duties except the captain generalship to the Audiencia. He died November 30, 1786, in Tacubaya (now part of Mexico City). He died at age 40. Rumor had it that he was poisoned by his enemies with the approval of the Court. His body was interred in the cemetery of San Fernando, in the city proper.

Galveston, Texas, Galveston Bay, Galveston County, Galvez, Louisiana, and St. Bernard Parish, Louisiana were, among other places, named after him. The Louisiana parishes of East Feliciana and West Feliciana (originally a single parish) were said to have been named for his wife Marie Felice de Saint-Maxent d'Estrehan.

The Cabildo, a branch of the Louisiana State Museum located on Jackson Square in New Orleans, has a portrait of General Gálvez accompanied by a display of biographical information. Spanish Plaza, in the Central Business District of the city, has an equestrian statue of Gálvez. There is also a Galvez Street in New Orleans. Mobile, Alabama, also has a Spanish Plaza with a statue of Gálvez.

In Baton Rouge, Louisiana, (present-day state capital), Galvez Plaza is laid out next to City Hall and used frequently as a site for municipal events. Also, the 12-story Galvez Building is part of the state government's administrative office-building complex in the Capitol Park section of downtown Baton Rouge.

In 1911 in Galveston, the Hotel Galvez was built and named after him; Avenue P, where the hotel is located, is known as Bernardo de Galvez Avenue. The hotel was added to the National Register of Historic Places on April 4, 1979.

On December 16, 2014, the United States Congress conferred honorary citizenship on Gálvez, citing him as a "hero of the Revolutionary War who risked his life for the freedom of the United States people and provided supplies, intelligence, and strong military support to the war effort."[1]

In "The Great Galvez" episode of the Liberty's Kids animated television series (first aired 9 November 2002), General Galvez makes an appearance that highlighted his involvement in the American Revolutionary War. The voice was Mario Kreutzberger, best known as the famous Don Francisco, the host and creator of the world's longest-running variety show in TV history, Sábado Gigante.

In the Ubisoft video game Assassin's Creed III, a fictionalized representation of Gálvez is available to download as a playable character for the game's multiplayer mode.