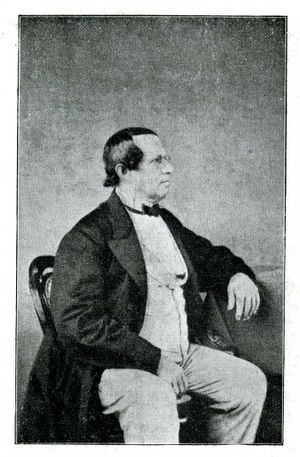 He was born in Nuremberg. His father was a musician and the boy studied various instruments, but finally devoted himself to the violin. In 1815 he received some lessons from Louis Spohr, and then studied the violin for two years at the University of Munich under Pietro Rovelli.

In 1820 Molique succeeded Rovelli as court violinist in Munich, and, after several successful tours, in 1826 he became music director at Stuttgart. He died in Cannstatt in 1869. One of his pupils was the violinist Henry Blagrove.

As a composer Molique was unapologetically self-taught. His music displays the influence of Beethoven, Mozart, Mendelssohn and, especially, Louis Spohr. The then radical developments represented by Berlioz (who publicly praised his violin playing) and the New German School (German: Neudeutschen Schule) left Molique untouched, however.

His Cello Concerto was successfully played in Baden-Baden, by Léon Jacquard, conducted by Hector Berlioz, on August 27, 1860. He also wrote some charming songs.