Bisacquino (Sicilian: Busacchinu) is a town and comune in the Province of Palermo in Sicily, Italy. It is located 82 kilometres (51 mi) from Agrigento and has approximately 5,215 inhabitants.[1] The small town rises on an inner hill zone and is 663 metres (2,175 ft) above sea-level. The economy is based on agriculture and products are sold in abundance in the main town including cereals, olives, vegetables, almonds, hazel nuts and wine-grapes. Sheep breeding is also active in Bisacquino.[1]

The name Bisacquino derives from an Arabic farm house "Busackuin" meaning "rich in waters".[1] In the 12th century it was owned by local lords until 1778 when it became a property of the archbishop from Monreale. The Sanctuary of the Madonna of the Balzo near Mount Triona was erected in 1678.[1] The main church is the Cathedral Church of Bisacquino which is dedicated to John the Baptist. It was built in 1713.[1] 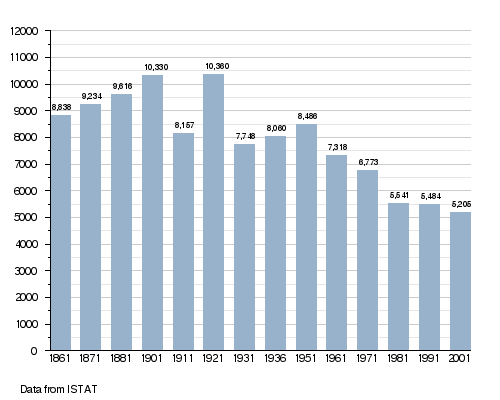