From Infogalactic: the planetary knowledge core
(Redirected from Black-and-white)
Jump to: navigation, search
This article is about the term as used in media and computing. For other uses, see Black and white (disambiguation). 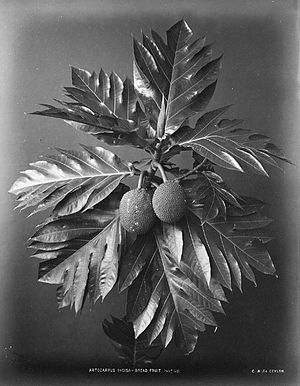 Black and white, often abbreviated B/W or B&W, and hyphenated black-and-white when used as an adjective, is any of several monochrome forms in visual arts.

Black-and-white images are not usually starkly contrasted black and white. They combine black and white in a continuum producing a range of shades of gray. Further, many monochrome prints in still photography, especially those produced earlier in its development, were in sepia (mainly for archival stability), which yielded richer, subtler shading than reproductions in plain black-and-white.

Some popular black-and-white media of the past include: 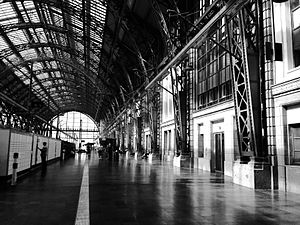 Films with a color/black and white mix

A film such as The Wizard of Oz (1939), is mostly an extended dream fantasy in color, but the realistic sequences with an awake Dorothy (Judy Garland) are in black and white, although these scenes were in sepia when the film was originally released. The British film A Matter of Life and Death (1946) depicts heaven in black and white ("one is starved of Technicolor ... up there", comments a character from heaven), and earthly events in color. Similarly, Wim Wenders' film Wings of Desire (1987) uses sepia-tone black-and-white for the scenes shot from the angels' perspective. When Damiel, the angel (the film's main character), becomes a human the film changes to color, emphasising his new "real life" view of the world.

The films Pleasantville (1998), and Aro Tolbukhin. En la mente del asesino (2002), play with the concept of black-and-white as an anachronism, using it to selectively portray scenes and characters who are either more or less outdated or duller than the characters and scenes shot in full-color. This manipulation of color is utilized in the film Sin City (2005) and the occasional television commercial. 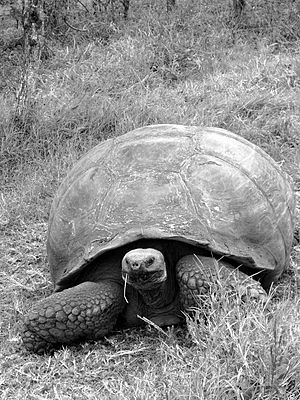 Since the late 1960s, few mainstream films have been shot in black-and-white. The reasons are frequently commercial, as it is difficult to sell a film for television broadcasting if the film is not in color.

Some modern film directors will occasionally shoot movies in black and white as an artistic choice, though it is much less common for a major Hollywood production. The use of black-and-white in the mass media often connotes something "nostalgic" or historic. The film director Woody Allen has used black and white a number of times since Manhattan (1979), which also had a George Gershwin derived score. The makers of The Good German (2006) used camera lens from the 1940s, and other equipment from that era, so that their black and white film imitated the look of early noir.

In fact, Monochrome film stock is now rarely used at the time of shooting, even if the films are intended to be presented theatrically in black-and-white. Movies such as John Boorman's The General (1998) and Joel Coen's The Man Who Wasn't There (2001) were obliged to be filmed in color by their respective producers despite being presented in black-and-white for artistic reasons. Raging Bull (1980) and Clerks (1994) are two of the few well-known films shot in black-and-white for no artistic purpose. In the case of Clerks, because of the extremely low out-of-pocket budget the production team could not afford the added costs of shooting in color. (Though the difference in film stock price would be slight, the store's fluorescent lights could not be used to light for color; by shooting in black and white, the filmmakers did not have to rent lighting equipment.)

In black-and-white still photography, many photographers choose to shoot in solely black and white since the stark contrasts enhance the subject matter. For example, the movie π is filmed in entirely black and white, with a grainy effect until the end.

As a form of censorship when movies and TV series are aired on Philippine television, many gory scenes are shown in black and white. Sometime the exposure of innards or other scenes too bloody or gruesome are also fogged, not just rendered in monochrome, in compliance with broadcasting legal standards there.

Most computers had monochrome (black-and-white, black and green, or black and amber) screens until the late 1980s, although some home computers could be connected to television screens to eliminate the extra cost of a monitor. These took advantage of NTSC or PAL encoding to offer a range of colors from as low as 4 (IBM CGA) to 128 (Atari 800) to 4096 (Commodore Amiga). Early videogame consoles such as the Atari Video Computer System/VCS/2600 supported both black-and-white and color modes via a switch, as did some of the early home computers; this was to accommodate black-and-white TV sets, which would display a color signal poorly. (Typically a different shading scheme would be used for the display in the black-and-white mode.)

In computing terminology, black-and-white is sometimes used to refer to a binary image consisting solely of pure black pixels and pure white pixels; what would normally be called a black-and-white image, that is, an image containing shades of gray, is referred to in this context as grayscale.[1]