From Infogalactic: the planetary knowledge core
Jump to: navigation, search
This article is about the Indian ships. For the Transylvanian commune, see Boiţa. For the Romanian river, see Boiţa River. For Boïta in Guinea, see Nzérékoré Prefecture.
File:Brahmani River , near Dhenkanal city.JPG
Symbolic polystyrene boitas sailing in the Brahmani River of Odisha.

Boitas were larger boats and ships that were built in ancient Kalinga kingdom during the heyday of the empire.[1]Kalinga's sea facing regions which are coastal Odisha and the adjoining tracts of West Bengal and Andhra Pradesh had major trading ports for which boitas were used. Ancient Oriental traders sailed from Kalinga to distant lands such as South-East Asia for trade.[2][3] 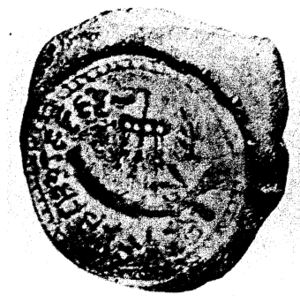 Rules and regulations regarding construction of ships were recorded in the Sanskrit Juktikalpataru. The Madalapanji records that king Bhoja built many ships with local wood.[4] The recovery of many woodworking adzes and other artifacts from Chilika Lake shows that Golabai was a boat-building center.[1]

Terracotta seals from Bangarh and Chandraketugarh (400 BCE to 100 BCE) depict sea going vessels carrying containing corn. The ships have a single mast with a square sail.[5] The earliest depiction of ships in Odisha is in a sculptured frieze showing two ships, found near the Brahmeswar temple, Bhubaneswar, and now preserved in the Odisha State Museum. The first ship has standing elephants in the front part, two people seated in the center and two sailor with oars at the rear steering the ship.[1]

A temple in Bhubaneswar is called Vaital Deula after the shape of its roof, which resembles an overturned boat. According to an expert "the Mastaka is technically called Voita and hence the name of the dewl". The Lingaraj Temple of Bhubaneswar has a representation of a boat being steered with an oar by a woman, dated to the 11th century CE. A sculpture from Konark in the 13th century CE shows a boat rowed by four people, with a cabin in the center in which a man is seated, armed with a bow and arrow. A boat depicted in the Sun Temple of Konarak contains a giraffe, indicating trade with Africa.[1]

Miniature Boitas are used today as children's toys during the Odia festival of Bali Jatra.[6] Bali jatra literally means a 'Voyage to Bali', and celebrates the ancient maritime tradition and the connection with Bali. During the ceremony, men, women and children dressed up in traditional costumes launch tiny boats made from banana peels, paper or solapitha with lighted lamps inside, and Odia women perform the rite of 'Boita Bandana'. The festival is similar to the 'Masakapan Ke Tukad' festival of Bali, and to the 'Loi Krathong' festival of Thailand, both of which involve ritualistic floating of model boats around the same time of year.