From Infogalactic: the planetary knowledge core
Jump to: navigation, search
For other uses, see Frontispiece (disambiguation). 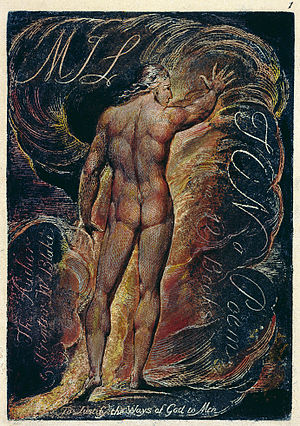 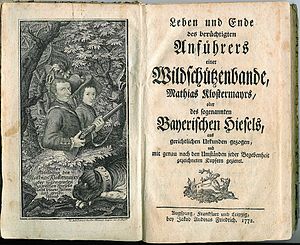 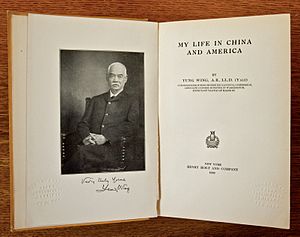 A frontispiece in books generally refers to a decorative or informative illustration facing a book's title page, being the verso opposite the recto title page.[1] While some books depict thematic elements, other books feature the author's portrait as the frontispiece. In medieval illuminated manuscripts, a presentation miniature showing the book or text being presented (by whom and to whom varies) was often used as a frontispiece.

The word comes from the French frontispice, or the late Latin frontispicium, from the Latin frons ('forehead') and specere ('to look at'). It was synonymous with 'metoposcopy'. In English, it was originally used as an architectural term, referring to the decorative facade of a building. In the 17th century, the French term came to refer to the title pages in books, which were often decorated at the time with intricate engravings that borrowed stylistic elements from architecture, such as columns and pediments. Over the course of the 16th century, the title pages of books came to be accompanied by illustrations on the facing page, known as antiporte, and the term took on the meaning it retains today as early as 1682. By then, the English spelling had also morphed, by way of folk etymology, from 'frontispice' to 'frontispiece' ('front' + 'piece').[2]