From Infogalactic: the planetary knowledge core
Jump to: navigation, search
For other uses, see Boycott (disambiguation). 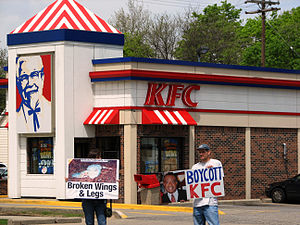 A boycott is an act of voluntarily abstaining from using, buying, or dealing with a person, organization, or country as an expression of protest, usually for social or political reasons. Sometimes, it can be a form of consumer activism. 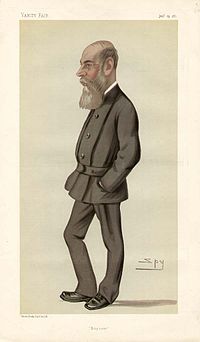 The word boycott entered the English language during the Irish "Land War" and derives eponymously from Captain Charles Boycott, the land agent of an absentee landlord, Lord Erne, who lived in Lough Mask House, near Ballinrobe in County Mayo, Ireland, who was subject to social ostracism organized by the Irish Land League in 1880. As harvests had been poor that year, Lord Erne offered his tenants a ten percent reduction in their rents. In September of that year, protesting tenants demanded a twenty five percent reduction, which Lord Erne refused. Boycott then attempted to evict eleven tenants from the land. Charles Stewart Parnell, in a speech in Ennis prior to the events in Lough Mask, proposed that when dealing with tenants who take farms where another tenant was evicted, rather than resorting to violence, everyone in the locality should shun them. While Parnell's speech did not refer to land agents or landlords, the tactic was first applied to Boycott when the alarm was raised about the evictions. Despite the short-term economic hardship to those undertaking this action, Boycott soon found himself isolated – his workers stopped work in the fields and stables, as well as in his house. Local businessmen stopped trading with him, and the local postman refused to deliver mail.[1]

The concerted action taken against him meant that Boycott was unable to hire anyone to harvest the crops in his charge. Eventually 50 Orangemen from Cavan and Monaghan volunteered to do the work. They were escorted to and from Claremorris by one thousand policemen and soldiers, despite the fact that the local Land League leaders had said that there would be no violence from them, and in fact no violence materialized.[2] This protection ended up costing far more than the harvest was worth. After the harvest, the "boycott" was successfully continued. Within weeks Boycott's name was everywhere. The New York Tribune reporter, James Redpath, first wrote of the boycott in the international press. The Irish author, George Moore, reported: 'Like a comet the verb 'boycott' appeared.' [3] It was used by The Times in November 1880 as a term for organized isolation. According to an account in the book The Fall of Feudalism in Ireland by Michael Davitt, the term was promoted by Fr. John O'Malley of County Mayo to "signify ostracism applied to a landlord or agent like Boycott". The Times first reported on November 20, 1880: "The people of New Pallas have resolved to 'boycott' them and refused to supply them with food or drink." The Daily News wrote on December 13, 1880: "Already the stoutest-hearted are yielding on every side to the dread of being 'Boycotted'." By January of the following year, the word was being used figuratively: "Dame Nature arose.... She 'Boycotted' London from Kew to Mile End" (The Spectator, January 22, 1881).

Girlcott is a neologism that combines "girl" and "boycott" to focus on the actions or rights of women. The term was coined in 1968 by American track star Lacey O'Neal during the 1968 Summer Olympics in Mexico City, in the context of protests by male African American athletes. Speaking for black women athletes, she advised that the group would not "girlcott" the Olympic Games, because female athletes were still focused on being recognized. It also appeared in Time magazine in 1970, and was later used by retired tennis player Billie Jean King in reference to Wimbledon, to emphasize her argument regarding equal pay for women players.[citation needed] The term "girlcott" was revived in 2005 by women in Allegheny County, Pennsylvania protesting what they said were sexist and degrading T-shirt slogans on Abercrombie & Fitch merchandise.[4]

Nameplate of Dr. Werner Liebenthal, Notary & Advocate. The plate was hung outside his office on Martin Luther Str, Schöneberg, Berlin. In 1933, following the Law for the Restoration of the Professional Civil Service the plate was painted black by the Nazis, who boycotted Jewish owned offices.
Main article: List of boycotts

Although the term itself was not coined until 1880, the practice dates back to at least the 1790s, when supporters of abolition of the slave trade in Britain advocated boycotting slave-produced sugar.[5] Other instances of boycotts are their use by:

During the 1973 oil crisis, the Arab countries enacted a crude oil embargo against the West. Other examples include the US-led boycott of the 1980 Summer Olympics in Moscow, the Soviet-led boycott of the 1984 Summer Olympics in Los Angeles, and the movement that advocated "disinvestment" in South Africa during the 1980s in opposition to that country's apartheid regime. The first Olympic boycott was in the 1956 Summer Olympics with several countries boycotting the games for different reasons. Iran also has an informal Olympic boycott against participating against Israel, and Iranian athletes typically bow out or claim injuries when pitted against Israelis (see Arash Miresmaeili). 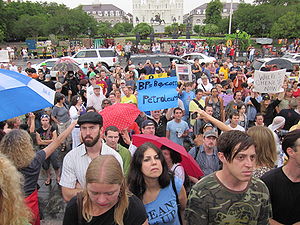 A boycott is typically a one-time affair intended to correct an outstanding single wrong. When extended for a long period of time, or as part of an overall program of awareness-raising or reforms to laws or regimes, a boycott is part of moral purchasing, and some prefer those economic or political terms.

Most organized consumer boycotts today are focused on long-term change of buying habits, and so fit into part of a larger political program, with many techniques that require a longer structural commitment, e.g. reform to commodity markets, or government commitment to moral purchasing, e.g. the longstanding boycott of South African businesses to protest apartheid already alluded to. These stretch the meaning of a "boycott."

Boycotts are now much easier to successfully initiate due to the Internet. Examples include the gay and lesbian boycott of advertisers of the "Dr. Laura" talk show, gun owners' similar boycott of advertisers of Rosie O'Donnell's talk show and (later) magazine, and gun owners' boycott of Smith & Wesson following that company's March 2000 settlement with the Clinton administration. They may be initiated very easily using either Web sites (the Dr. Laura boycott), newsgroups (the Rosie O'Donnell boycotts), or even mailing lists. Internet-initiated boycotts "snowball" very quickly compared to other forms of organization.

Viral Labeling is a new boycott method using the new digital technology proposed by the Multitude Project and applied for the first time against Walt Disney around Christmas time in 2009.[7]

Another form of consumer boycotting is substitution for an equivalent product; for example, Mecca Cola and Qibla Cola have been marketed as substitutes for Coca-Cola among Muslim populations. 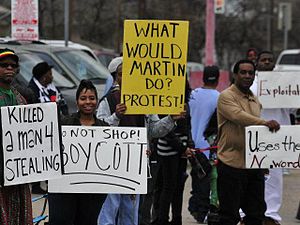 Some boycotts center on particular businesses, such as recent protests regarding Costco, Walmart, Ford Motor Company, or the diverse products of Philip Morris. Another form of boycott identifies a number of different companies involved in a particular issue, such as the Sudan Divestment campaign, the Boycott Bush campaign. The Boycott Bush website was set up by Ethical Consumer after U.S. President George W. Bush failed to ratify the Kyoto Protocol – the website identifies Bush's corporate funders and the brands and products they produce. Today a prime target of boycotts is consumerism itself, e.g. "International Buy Nothing Day" celebrated globally on the Friday after Thanksgiving Day in the United States.

Another version of the boycott is targeted divestment, or disinvestment. Targeted divestment involves campaigning for withdrawal of investment, for example the Sudan Divestment campaign involves putting pressure on companies, often through shareholder activism, to withdraw investment that helps the Sudanese government perpetuate genocide in Darfur. Only if a company refuses to change its behavior in response to shareholder engagement does the targeted divestment model call for divestment from that company. Such targeted divestment implicitly excludes companies involved in agriculture, the production and distribution of consumer goods, or the provision of goods and services intended to relieve human suffering or to promote health, religious and spiritual activities, or education.

As a response to consumer boycotts of large-scale and multinational businesses, some companies have marketed brands that do not bear the company's name on the packaging or in advertising. Activists such as Ethical Consumer produce information that reveals which companies own which brands and products so consumers can practice boycotts or moral purchasing more effectively. Another organization, Buycott.com, provides an Internet-based smart-phone application that scans Universal Product Codes and displays corporate relationships to the user.[8]

"Boycotts" may be formally organized by governments as well. In reality, government "boycotts" are just a type of embargo. It is notable that the first formal, nationwide act of the Nazi government against German Jews was a national embargo of Jewish businesses on April 1, 1933.[9]

Where the target of a boycott derives all or part of its revenues from other businesses, as a newspaper does, boycott organizers may address the target's commercial customers.

When students are dissatisfied with a political or academic issue, a common tactic for students' unions is to start a boycott of classes (called a student strike among faculty and students since it is meant to resemble strike action by organized labor) to put pressure on the governing body of the institution, such as a university, vocational college or a school, since such institutions cannot afford to have a cohort miss an entire year. 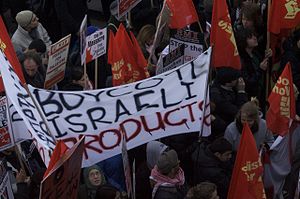 Protesters calling for an anti-Israel boycott

Boycotts are generally legal in developed countries. Occasionally, some restrictions may apply; for instance, in the United States, it may be unlawful for a union to engage in "secondary boycotts" (to request that its members boycott companies that supply items to an organization already under a boycott, in the United States);[10][11] however, the union is of course free to use its right to speak freely to inform its members of the fact that suppliers of a company are breaking a boycott; its members then may take whatever action they deem appropriate, in consideration of that fact.

In the United States, the antiboycott provisions of the Export Administration Regulations (EAR) apply to all "U.S. persons", defined to include individuals and companies located in the United States and their foreign affiliates. The antiboycott provisions are intended to prevent United States citizens and companies being used as instrumentalities of a foreign government's foreign policy. The EAR forbids participation in or material support of boycotts initiated by foreign governments, for example, the Arab League boycott of Israel. These persons are subject to the law when their activities relate to the sale, purchase, or transfer of goods or services (including the sale of information) within the United States or between the United States and a foreign country. This covers exports and imports, financing, forwarding and shipping, and certain other transactions that may take place wholly offshore.[12]

However, the EAR only applies to foreign government initiated boycotts: a domestic boycott campaign arising within the United States that has the same object as the foreign-government-initiated boycott appears to be lawful, assuming that it is an independent effort not connected with the foreign government's boycott. Other legal impediments to certain boycotts remain. One set are Refusal to deal laws, which prohibit concerted efforts to eliminate competition by refusal to buy from or to sell to a party.[13] Similarly, boycotts may also run afoul of Anti-discrimination laws, for example New Jersey's Law Against Discrimination prohibits any place that offers goods, services and facilities to the general public, such as a restaurant, from denying or withholding any accommodation to (i.e., not to engage in commerce with) an individual because of that individual's race (etc.).[14]