Several notable Formula One Drivers have raced in the series including Lewis Hamilton, Paul di Resta and Heikki Kovalainen but probably the biggest star from Formula Renault UK was Kimi Räikkönen, the champion in 2000, who made a successful debut in Formula One the next year. This brought keen attention to the different Formula Renault 2.0 Championships and became a chance to found new championships in Italy, Brazil and Asia. Both Räikkönen and then Hamilton went on to become Formula One World Champions in 2007 an 2008 respectively. It then became the reference championship for any aspiring single seater driver to compete in, especially in Western Europe.

In March 2012, it was announced that the Formula Renault UK series would not take place in 2012. This was due to a low number of entries to the championship after only receiving six confirmed competitors,[1] as the price for competing for a season was reaching £200,000.[5] Originally, it was planned by series promoter Stéphane Ratel Organisation that the championship would take a one-year hiatus, leading to a re-launch in 2013. However, it was reported in the media that the series was ended definitively in September 2012.[2]

The weekend started with a Friday testing session at each venue. This was made up of two 25 minute sessions. Saturday consisted of Two 20 minute qualifying sessions which decided the grid for the two 30 minute races, with both held either on the Sunday or the first race on Saturday afternoon and the second race on Sunday. Drivers scored points down to 20th place with two points for fastest lap. Only the best 18 results counted towards the championship with points shared out using the following system: 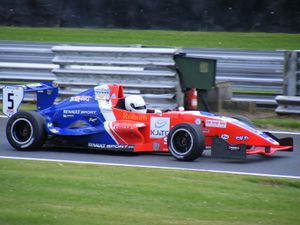 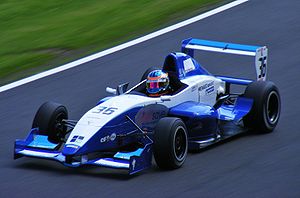 The weekend starts with a general testing session on the Friday. This was made up of two 25 minute sessions. Qualifying is held on Saturday and consists of two 20 minute sessions which decide the grid for the two 30 mile races, with both races held on the Sunday. During the 2012 season, triple header events were introduced. Qualifying for race one and two remains the same, however the race three grid is decided by the second fastest time set during the second qualifying session. During triple header weekends, the first race is held on Saturday with the remaining two races held on the Sunday. Drivers score points down to 20th place with two points for fastest lap. All rounds, less one, count towards the championship with points shared out using the following system:

The 2013 Protyre Formula Renault Championship will be the 19th Championship organized by the British Automobile Racing Club and the second year as the UK's only premier Formula Renault 2.0 championship. The season will begin at Donington Park on 14 April and end on 29 September at Silverstone Circuit. The series will form part of the BARC club racing meetings and will expand from fourteen to sixteen rounds at six events all held in England, with four triple header events. 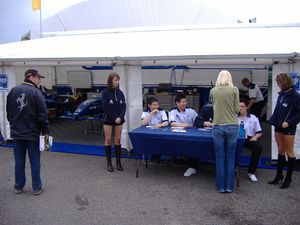 The Scorpio Motorsport team at Donington Park in 2008.

The following teams have competed in either the Renault Sport Championship or the BARC Championship.