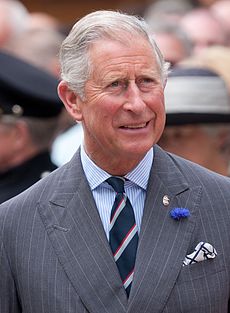 HRH The Prince of Wales, first son and heir apparent of the Queen. 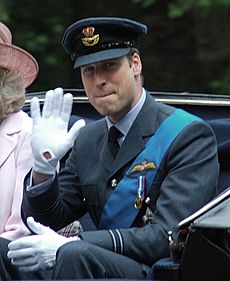 HRH The Duke of Cambridge, grandson of the Queen and elder son of the Prince of Wales. 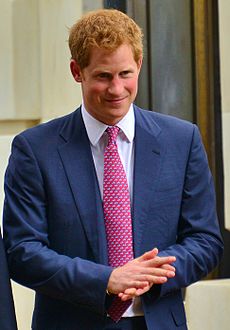 HRH Prince Harry, grandson of the Queen and younger son of Prince of Wales. 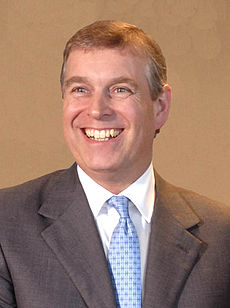 HRH The Duke of York, second son of the Queen.

HRH The Earl of Wessex, third son of the Queen.

The title of prince of the United Kingdom is granted by its sovereign, the reigning king or queen, who is the fount of all honours. The title Prince of the United Kingdom is conferred through the issuing of Letters Patent, as an expression of the royal will. Individuals holding the title of prince will usually also be granted the style His Royal Highness (HRH). When a British prince is married, his wife, if not already a princess in her own right, gains the privilege of sharing in his princely title and the dignity of being known as a British princess in his name. For example, the wife of Prince Michael of Kent is known as Princess Michael of Kent, and, although she has never done so, Catherine, Duchess of Cambridge is entitled to refer to herself as a Princess of the United Kingdom.[1]

Prior to 1714, the title of prince and the style of HRH was not customary in usage. Sons and daughters of the sovereign were not automatically or traditionally called a prince or princess. An exception was the Prince of Wales, a title conferred on the eldest son of the sovereign since the reign of Edward I of England. While in the Kingdom of Scotland, even though an honorific principality was created by James I, the heir-apparent was only referred to as Duke of Rothesay. Some others include John, brother of Richard the Lionheart and later King John, who is sometimes called Prince John.

Just three weeks after the birth of her fourth grandchild but first male line grandson, Queen Victoria issued letters patent in 1864[2] which confirmed in law the practice of calling children and male-line grandchildren His Royal Highness with their titular dignity of Prince or Princess prefixed to their respective Christian names. The letters patent did not address the styling of great grandchildren or further descendants as His/Her Highness or Prince or Princess. However, the only living male person of this type was Prince Ernest Augustus (age 19). Prince Ernest's Kingdom of Hanover was abolished in 1866, but he was made a Duke of the United Kingdom and a Knight of the Garter in 1878, a major general in the British army in 1886, a lieutenant general in 1892 and general in 1898. At no point until WWI was his status as a British prince, based on being a great grandson of the sovereign, questioned.

Subsequent to 1864 some amendments regarding princes were made, with the issuance of specific letters patent changing the title and style of the following groups:

Sovereign's sons (not Prince of Wales) with peerage title – HRH The Prince X, Duke of Y (with Y being the territorial designation of their highest peerage), e.g., HRH The Prince Andrew, Duke of York.

Sovereign's male line grandsons without peerage title – HRH Prince "X" of "Y" (with Y being the territorial designation of their father's highest peerage), e.g., HRH Prince Michael of Kent and HRH Prince Henry of Wales (for Prince of Wales, as a sovereign title, ranks above all peerage titles).

Sovereign's great-grandsons whose father is the oldest son of the heir apparent – HRH Prince "X" of "Y" (with Y being the territorial designation of their father's highest peerage), e.g., HRH Prince George of Cambridge.

Several names have been used repeatedly: