From Infogalactic: the planetary knowledge core
Jump to: navigation, search
This article is about the municipality in Messina. For the musician, see Brother Love (artist).

Brolo (Sicilian: Brolu) is a comune (municipality) in the Province of Messina in the Italian region Sicily, located about 130 kilometres (81 mi) east of Palermo and about 60 kilometres (37 mi) west of Messina. Brolo borders the following municipalities: Ficarra, Naso, Piraino, Sant'Angelo di Brolo.

Until 1960 the economy was mostly based on agriculture, the main produces including olives and lemons. Now the economy is based on buildings houses, commerce and some summer-tourism.

During the Roman era Brolo was called Brolium, meaning "garden" or "Park" in Latin, and was crossed by the Via Valeria. In the Middle Ages it had a castle on the sea, around which, probably from the 11th century, a fishermens' settlement arose. Bianca Lancia, mistress and wife of Emperor Frederick II of Hohenstaufen, probably lived in the castle during the 13th century according to some historiographers. It was the scene of an amphibious landing during the Battle of Sicily in World War II. 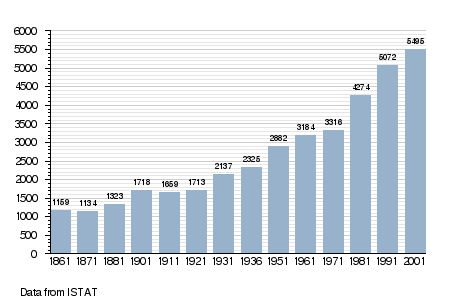