Brooklyn College is a senior college of the City University of New York, located in Brooklyn, New York, United States.

Established in 1930 by the New York City Board of Higher Education, the College had its beginnings as the Downtown Brooklyn branches of Hunter College (then a women's college) and the City College of New York (then a men's college). With the merger of these branches, Brooklyn College became the first public coeducational liberal arts college in New York City. The 26-acre (110,000 m2) campus is known for its great beauty, and is often regarded as "the poor man's Harvard" because of its low tuition and reputation for academic excellence (former President, Robert Hess, responded to the moniker by saying "I like to think of Harvard as the rich man's Brooklyn College").[2][3][4][5]

The school was ranked as the most beautiful campus and in the top ten for value, diversity, and location by The Princeton Review in 2003 and in the top fifty for value in 2009. 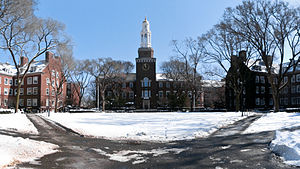 In 1932, the architect Randolph Evans drafted a plan for the college's campus on a large plot of land his employer owned in the Midwood section of Brooklyn. He sketched out a Georgian-style campus facing a central quadrangle, and anchored by a library building with a tall tower. Evans presented the sketches to the president of the college at the time, Dr. William A. Boylan. Boylan was pleased with the plans, and the lot of land was purchased for $1.6 million. Construction of the new campus began in 1935, with a groundbreaking ceremony attended by then Mayor Fiorello La Guardia and Brooklyn Borough President Raymond Ingersoll. In 1936, then-President of the United States Franklin D. Roosevelt went to Brooklyn College to lay the cornerstone of the Brooklyn College Gymnasium. President Boylan, Borough President Ingersoll, and President Roosevelt all had buildings on Brooklyn College's campus named after them. The campus located in Midwood became the only Brooklyn College campus after the school's Downtown Brooklyn campus was shut down during the 1975 budget emergency. 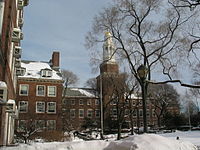 Brooklyn College's campus East Quad today looks much as it did when it was originally constructed. The campus also serves as home to the Brooklyn Center for the Performing Arts complex and its four theaters, including the George Gershwin, (currently demolished while its auditorium, lobby, and offices are being rebuilt as the Leonard & Claire Tow Center for the Performing Arts). (Estimated completion date fall 2014).[6]

The demolition of Gershwin Hall, to be replaced by The Leonard & Claire Tow Center for the Performing Arts, is the most recent construction on an evolving campus. Other changes to the original design include the demolition of Plaza Building, due to its inefficient use of space, poor ventilation, and significant maintenance costs. To replace Plaza Building the college constructed West Quad Center, designed by the notable Uruguayan architect Rafael Viñoly. The new building contains classroom space, offices, gymnasiums and a swimming pool. It houses the offices of Registration, Admissions, Financial Aid, and the Department of Physical Education and Exercise Science. The grounds contain a quadrangle with grassy areas and trees. New façades are being constructed on Roosevelt and James halls where they once connected with Plaza Building. The 2009–10 CUNYAC championship men's basketball team now plays its home games in the West Quad Center.

This follows a major library renovation that saw the library moved to a temporary home while construction took place. The Brooklyn College library is now located in its original location in a completely renovated and expanded LaGuardia Hall. Noted as one of the most beautiful in the United States,[7] the campus has been shown on numerous movies and television shows.

Brooklyn College is made up of five schools:

Beginning in 1981, the college instituted a group of classes that all undergraduates were required to take, called "Core Studies". The classes were: Classical Origins of Western Culture, Introduction to Art, Introduction to Music, People, Power, and Politics, The Shaping of the Modern World, Introduction to Mathematical Reasoning and Computer Programming, Landmarks of Literature, Chemistry, Physics, Biology, Geology, Studies in African, Asian, and Latin American Cultures, and Knowledge, Existence and Values.[8]

In 2006, the Core Curriculum was revamped, and the 13 required courses were replaced with 15 courses in 3 disciplines, from which students were required to take 11.[9] In fall 2013, Brooklyn College embarked on CUNY's new general education alternative, the Pathways curriculum, consisting of three components: Required Core (four courses), Flexible Core (six courses) and College Option (four courses)—totaling 42 credits.[10] Brooklyn College offers over a hundred majors varying from the visual arts to Women's Studies.[11]

The Division of Graduate Studies at Brooklyn College was established in 1935 and offers more than seventy programs in the arts, education, humanities, sciences, and computer and social sciences.

The Brooklyn College B.A.–M.D. program is an 8-year program affiliated with SUNY Downstate Medical Center. The Program follows a rigorous selection process, with a maximum of 15 students selected every year. Each student selected to the program receives a Brooklyn College Presidential Scholarship. B.A.–M.D. students must engage in community service for three years, beginning in their lower sophomore semester. During one summer of their undergraduate studies, students are required to volunteer in a clinical setting where they are involved in direct patient care. B.A.-M.D. students are encouraged to major in the humanities or social sciences. A student who majors in a science must choose a minor in the humanities or social sciences. All students meet the pre-med science requirements by taking cell and molecular biology, botany, physiology, general chemistry, organic chemistry, and general physics. B.A.–M.D. students must maintain at Brooklyn College an overall grade point average of 3.5, and a pre-med science GPA of 3.5.

The Scholars Program is home to a small number of students with strong writing ability and academic record. Being the oldest honors program in the CUNY system, The Scholars Program has served as a model for many other honors programs nationwide. It was established in 1960 and is an interdisciplinary liberal arts program. The program offers honors-level Core courses and seminars as well as small, personalized classes. Upon graduation from Brooklyn College, many Scholars continue their education in competitive programs at top-ranked universities like Princeton, Yale, and New York University. The program accepts incoming freshmen in addition to matriculated sophomores and transfer students (up to 48 credits). Once admitted, they receive a Brooklyn College Foundation Presidential Scholarship of up to $4,000 for every year of their undergraduate study at Brooklyn College and a laptop computer. [12]

The Coordinated Honors Engineering Program offers a course of study equivalent to the first two years at any engineering school. Students who maintain the required academic level are guaranteed transfer to one of the three coordinating schools—NYU-Poly, City College of New York School of Engineering, and the College of Staten Island Engineering Science Program—to complete their bachelor’s degree in engineering. Coordinating Engineering students have also transferred to SUNY Stony Brook, University of Wisconsin, University of Michigan, Cooper Union, and the Massachusetts Institute of Technology. Students admitted as incoming First-Year receive a Brooklyn College Foundation Presidential Scholarship that provides full tuition for their two years of full-time undergraduate study in the Coordinated Engineering Program. As members of the Honors Academy, Engineering Honors students take advantage of individual advising, faculty consultation, and early registration. In the Commons they find study facilities, computer access, academic, scholarship, internship, and career opportunities, and, above all, intellectual stimulation among other talented students like themselves. Students applying to the Engineering Honors Program will also be considered for the Scholars Program.[13]

Barry R. Feirstein Graduate School of Cinema is the first public graduate film school in the city of New York. It is the only film school in America to have its own classroom on a film lot with the collaboration of Steiner Studios, the largest soundstage on the East Coast. The program offers a M.A. in Cinema Studies and M.F.A in Cinema Arts with five disciplines of Cinematography, Directing, Post-production, Producing and Screenwriting. The school will open in Fall 2015. The discipline of Digital Arts will be available in Fall 2016.[14]

In 2010 Brooklyn College adopted the Bulldog as its new mascot.[15] The athletic program was originally known as the Kingsmen. In 1994 the mascot was changed to the Bridges. However, after building new facilities and undergoing other changes the athletic director pushed for a new name to reflect the new program.[16] 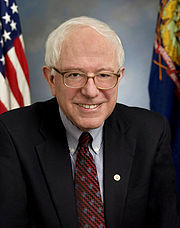 In a National Research Council study of baccalaureate origins of Ph.D. recipients between 1920 and 1995, Brooklyn College ranked 19th in the nation.[citation needed] 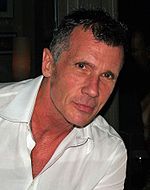